Watch as Crystal Palace manager Patrick Vieira kicks an Everton fan after the supporter harassed the former Arsenal star during a pitch invasion at full-time.

Everton secured Premier League survival, thanks to a thrilling second-half comeback from 2-0 down to beat Crystal Palace 3-2 in front of a cacophonous Goodison Park crowd.

Palace manager Patrick Vieira kicked a fan, as supporters spilled onto the pitch in celebration twice after Dominic Calvert-Lewin’s winning goal five minutes from time and in chaotic scenes after the final whistle.

Vieira refused to comment on the incident that came, as he was surrounded by Everton fans on his way back to the visitors’ dressing room.

Patrick Vieira kicking an Everton fan to the ground 🤣🤣🤣 pic.twitter.com/p6fVvYnzTd

Patrick Vieira kicking an Everton fan to the ground 🤣🤣🤣 pic.twitter.com/p6fVvYnzTd

The Sky Sports broadcasting team discussed the incident after the match.

Dion Dublin says there must be firm action taken against pitch invaders after Crystal Palace manager Patrick Vieira was confronted by Everton fans as he was walking off the pitch at full time. pic.twitter.com/FFDhfSqFgv 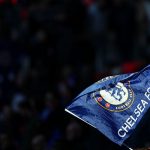 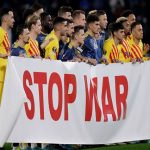