Trevor was in Switzerland as part of his Back to Abnormal world tour.

“Switzerland what a surreal experience this was for me. I’ve always dreamed of visiting my father’s country but never dreamed I would do it like this.

“Thank you to every single person who came and filled out both arenas in Geneva and Zurich I’ll never forget the experience,” wrote Trevor in an Instagram post.

According to The South African, Trevor was born in 1984 to Patrica, and father Robert Noah.

Robert was a German-Swiss immigrant that lived in South Africa while persuing various business ventures.

ALSO READ: ‘Every moment spent with her felt like a magical journey’ – Trevor Noah mourns his grandmother

He met Trevor’s mom in an apartment building they both stayed in Johannesburg.

At the time, due to Immorality Act, their relationship was illegal and punashable by law.

Trevor and his mom moved to Cape Town and as a result he got separated from his father for almost a decade during his tennager years. 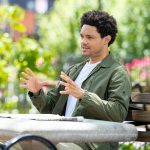 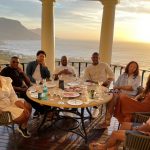 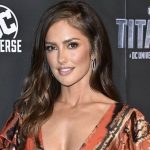 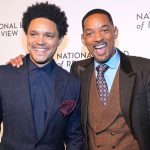