Nairobi – Former Kenyan Olympic Committee official Stephen arap Soi was released from prison on Thursday after a Nairobi court overturned his conviction for embezzlement at the Rio Olympics.

A former police officer, Soi was sentenced to 17 years in jail unless he agreed to pay a fine of 105 million shillings ($860 000), but on Thursday, a judge at the Nairobi High Court ordered his immediate release.

“The court has found merit in the appeal and it has allowed it, quashed the conviction and set aside the sentence and directed that Soi be released set at liberty forthwith unless otherwise lawfully held,” said Esther Maina.

Wario and Soi, who served as team leader in Rio, were found guilty of diverting money and kit from US sports equipment manufacturer Nike worth millions of shillings which were later confiscated from a house in Nairobi’s upmarket Westlands suburb.

The charges covered allegations of embezzlement, the purchase of unauthorised air tickets, overpayment of allowances and expenditure on unauthorised persons.

Despite the scandals, Kenya – an athletics superpower – recorded its best ever Olympic performance in Rio, finishing 15th and as the top African nation with a total of 13 medals: six gold, six silver and one bronze.

Corruption is rife in Kenya, with millions of dollars of public funds going missing each year. 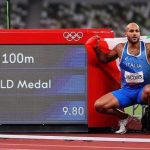 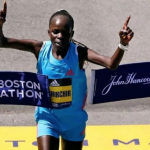 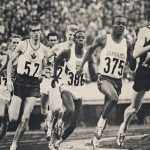