Cape Town – Springbok titans, Malcolm Marx and Damian de Allende have not yet been in a side that has been victorious over England in London – something the duo is looking to change when they face the Red and Whites at Twickenham on Saturday in their final Castle Lager Outgoing Tour match.

The tour has thus far been filled with ups and downs and plenty of lessons learned by the touring Springboks, losing to Ireland (19-16) in their first match and then suffering a loss to France (30-26) before comprehensively beating Italy by 63 points to 21. The result and the performance will fill the Springboks with confidence as they prepare to take on England.

The last time the Springboks defeated England on their home patch was in 2014, and in their last two outings the Boks suffered heart-breaking one-point losses – something they would like to change when the teams line up this weekend.

🗣The #Springboks are looking to end 2022 on a high when they face England at Twickenham on Saturday.

“It would be incredible (to win this weekend),” said De Allende.

“I haven’t been part of a team that beat them at home. But that said, they are a great team and it’s going to be a tough encounter, especially since they have also been up and down in the last few games.

“When we played against them last season we tried to force things a bit too much in the last five or 10 minutes, but we learned from it and we spoke about it as a group, and hopefully we can turn things around on Saturday.”

De Allende said England’s performance to secure a 25-25 draw against New Zealand last week showed that they are a force to be reckoned with.

“We all saw the last few minutes of their clash against the All Blacks last week.”

Springbok hooker, Malcolm Marx said that the team is looking to the clash.

“We gave our best in every Test we played on tour and there were results that went our way and others that didn’t, but we are all excited and very keen to get out there against England.

“We haven’t won here in a while, and I’ve never won against them at home, so as a team we are looking forward to this match,” Marx said.

“No team like losing,” he said. “Every time you go onto the field, you want to give your best. Both us and England want to win this game to finish the season on a positive note.

“We’ve obviously seen how good and dominant they’ve been, so we know it’s going to be a great challenge for us in the set pieces. We’ve been working really hard all this week and hopefully we can improve on our performances up front in the previous games.”

The Boks wrapped up their main training block for the week on Wednesday and will have Thursday off to rest before returning to the field for their captains’ run on Friday. 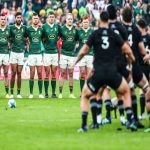 Springboks to face All Blacks in Twickenham World Cup warm-up

Nike to return as Springboks’ technical apparel provider in 2023 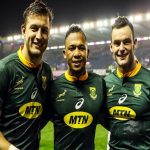 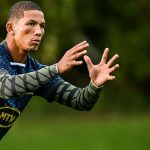