Hong Kong – A machete-wielding gang attacked a rival group in one of Hong Kong’s busiest nightlife districts in the early hours of Friday, with the clash leaving one man with a gunshot wound and two others injured, police said.

Dramatic dashcam footage, showing men armed with knives jumping out of a car and attacking a nearby vehicle before abruptly turning and fleeing, has been widely circulated.

Senior superintendent Tony Ho said the incident was a case of “retaliation” between two organised crime groups known as triads over the splitting of profits from criminal activities such as drug trade and illegal gambling.

“The incident was instigated by two triad groups, they have been at each others’ throats for quite some time,” Ho told reporters, adding that four men had been arrested.

Three cars belonging to one gang were waiting at a traffic light when they were attacked by at least eight assailants, Ho said, but the ambush was quickly repelled.

At least two shots were fired against the instigators, the superintendent added, though no details were given on the shooter’s identity.

Earlier in the day, a section of the road near the popular Lan Kwai Fong area was cordoned off by armed officers, as they searched a Lexus with its side and front crumpled in for evidence.

A dashcam video, whose location, timestamp and events match police descriptions of the clash, emerged Friday, though AFP was unable to trace the footage’s exact origin.

The video shows a line of vehicles stopping at a traffic junction, when assailants brandishing machete-like knives spring out of a car that appears to be the Lexus left at the scene on Friday, and start attacking an adjacent white car.

As the men begin the assault, a black van positioned behind the white car rams into the attackers’ car, hitting at least two of the assailants before speeding away from the scene.

Several other men with knives run into frame, but after pressing on with the attack for a few seconds, most of the perpetrators abruptly turn around and flee the scene.

Police received reports of the clash at 2:40 am local time (1840 GMT) and arrived at the scene to find six men, all belonging to the group that started the attack.

Officers arrested three of them, aged between 23 and 42, for attempted wounding and possession of offensive weapons, and also arrested a 36-year-old after he was taken to hospital with a leg injury.

Of the two remaining men, one 25-year-old was undergoing surgery on Friday afternoon due to a gunshot wound to the abdomen and a 30-year-old was wounded in the head.

One 9mm bullet which may have been fired from a semi-automatic pistol, one bullet casing and nine knives were found at the scene, according to police.

Superintendent Ho said police were trying to recover the firearm used, but added that the public should not be alarmed over “a single, isolated incident”, pointing out that gun crimes in Hong Kong remain rare.

A couple of hours after the attack, police found the burnt-out wreckage of a car in the rural area of Pat Heung, which is suspected to have belonged to the gang under attack.

While they have little of the power of their heydays in the 1970-90s, they remain present in the city, especially when it comes to extortion and smuggling rackets. 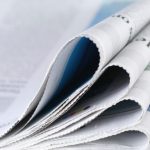 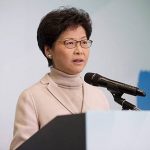 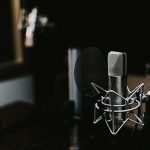