Paris – Two key parties in France’s left-wing alliance were on Wednesday facing crises after senior figures were accused of violence against women, with a Greens party chief stepping back from his role days after a colleague from hard-left France Unbowed.

Julien Bayou was “suspended from his role” as co-president of the Greens’ bloc in the National Assembly (lower house), the party said late Tuesday, after he was accused of psychologically abusing an ex-partner.

“We are a feminist party, and so we place ourselves at the service of women’s testimony… we acknowledged that the only way to show we weren’t pretending and weren’t hiding was a temporary suspension,” Sandra Regol, vice-president of the Green MPs’ group, told broadcaster Franceinfo on Wednesday.

One of the most prominent MPs of France Unbowed (LFI) — allied with the Greens in a broad left alliance against President Emmanuel Macron — Adrien Quatennens on Sunday admitted to slapping his wife.

He stepped down from a senior role as party coordinator.

It was not until hours later that Melenchon posted another message gesturing towards Quatennens’ wife — too late for many critics.

Macron’s Prime Minister Elisabeth Borne said Tuesday that it was “extremely shocking to have someone playing down domestic violence”.

And some 550 feminist activists on Wednesday co-signed an editorial in left-wing daily Liberation calling for Quatennens to resign his seat in parliament.

“When a political group supports a feminist programme, we have a right to expect that it stops protecting assaulters,” they wrote, listing a string of other left-wing figures who have been accused of assault and even rape.

“It’s not up to the assaulter’s friends to judge how serious the crime is and call for their private life to be respected. Private life is political.”

Both the Greens and LFI have set up internal panels to investigate allegations of sexual harassment and assault.

A report about Bayou was submitted to the ecologists’ panel in July, prompting allegations the probe had moved too slowly.

“These are volunteers working on cases that are sensitive by definition. Calm and time are needed to gather testimony and take the necessary decisions,” said Marine Tondelier, expected to stand soon for leadership of the Greens.

Allegations that sexual harassment and even assault are rife in French politics stretch well beyond the left.

In July Damien Abad, a minister in centrist Macron’s freshly installed government, was forced to step down over rape allegations.

He denies the claims and has since returned to his seat in parliament. 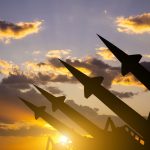