Cape Town – In an effort to accelerate internet connectivity in Limpopo, Vodacom has invested R300 million to expand broadband coverage in remote areas of the province.

In a statement, Vodacom Managing Executive for the Limpopo Region, Ridwaan Soomra, said the move was aimed at providing customers with quality network experience.

“We are very excited about our network investment for the Limpopo region this financial year, as we aim to ensure that all our customers will benefit from a quality network experience, particularly in rural areas. Expanding access to connectivity forms part of our commitment to building an inclusive digital future while assisting with stimulating socio-economic growth in the province,” said Soomra.

The region currently has more than 1 557 network sites, with 97% currently providing 3G and 92% providing 4G.

As the first service provider to roll out 5G in the towns of Polokwane and Thohonyandou last year, Vodacom plans to double the 5G coverage in the area by the end of the 2023 financial year.

“By expanding our 5G footprint, we are supporting the government’s 4IR objectives and accelerating the transition to more digital-based services to take the country forward. This 5G investment will also allow our business clients to launch bespoke solutions that are dependent on high speed and low latency of next generation technology to meet the demands of a digitalised future,” Soomra said.

This new opportunity will also help with job creation in the province.

Limpopo has the second highest unemployment rate in the country at just over 36%, so job creation and economic upliftment are a key focus for the region. 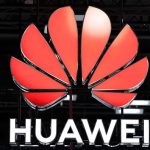 4 pupils arrested after bullying and assaulting another learner in Limpopo 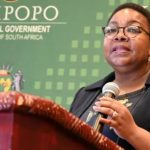