Cape Town – Hawks reportedly intercepted a 52-year-old drug mule at King Shaka International Airport in Durban over the weekend and seized R2 million worth of cocaine.

The suspect was arrested for drug trafficking on Saturday before he departed for the Philippines, TimesLIVE quoted Hawks spokesperson, Captain Simphiwe Mhlongo as saying.

“A search was conducted in his luggage and 6.38kg of cocaine with a street value of approximately R2.2m was found concealed in his bag. He was arrested and charged for drug trafficking and possession of drugs,” Mhlongo said, according to the report.

Mhlongo said the suspect was expected to appear in the Verulam magistrate’s court.

Meanwhile, the Hawks in Gqeberha arrested a 35-year-old suspect after conducting a search at a house in Joza Street, Makhanda and found illicit drugs.

In a statement, Hawks spokesperson, Warrant Officer Majola Nkohli, said that drugs such as mandrax, crystal meth, dagga, tik and R1 140 were siezed.

The suspect was expected to appear at the Grahamstown Magistrate’s Court on charges of dealing in illicit drugs.

In another incident, the Hawks in Mpumalanga dismantled a drug manufacturing laboratory after receiving information about a plot in Barberton where drugs were allegedly being manufactured and peddled, police said in a statement. 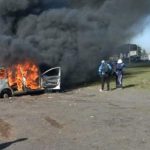 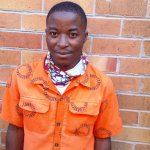 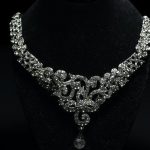