The 35-year-old joined the club back in July, but has suffered from a nagging calf injury since.

Ramos arrived at PSG with a glittering CV, having won the 2010 World Cup and two European Championships with Spain, and four Champions League trophies with Real Madrid.

“He’s been with the first team squad for two weeks now, he needs games and to adapt to a new league,” PSG coach Mauricio Pochettino said on Saturday.

Pochettino had been expected to name Ramos in his side for the midweek Champions League away match at Manchester City, which ended with PSG suffering a tame 2-1 defeat.

But with PSG well on their way to reclaiming the Ligue 1 crown with an 11-point lead at the top of the French top flight, Ramos will enter the fray in a less hostile environment Sunday.

Second-bottom Saint-Etienne should be more forgiving opponents than City, although Les Verts are on a four-game unbeaten run after back-to-back wins. 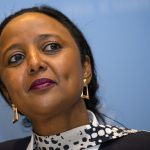