Khartoum – Sudan’s generals have agreed to leave the choice of future heads of state and prime ministers to civilian political factions, the deputy head of the military government said on Friday.

But he gave no indication of when power might be returned to civilians amid the persistent failure of talks with the main civilian factions since the coup.

“We renewed our previous commitment for the military institution to exit power and leave the governance to civilian (factions),” said Daglo, also commonly known as Hemeti, on Twitter.

He said the generals “agreed unequivocally that civilian (factions) should choose the civilian head of the Sovereignty Council and prime minister.”

He said that the military institution would then “devote itself completely to its duties as stipulated in the constitution and the law.”

Sudan has been rocked by turmoil since Burhan led a military coup in October last year that ousted the mainstream civilian bloc from power and triggered widespread international condemnation.

Near-weekly anti-coup protests, a spiralling economic crisis and a rise in ethnic clashes in Sudan’s remote regions have since fed into the deepening unrest.

Civilian leaders dismissed the move as a “ruse”, and pro-democracy protesters have maintained their rallying cry of “no negotiation, no partnership” with the military.

Several initiatives have emerged in recent months in attempts to resolve Sudan’s political crisis but none has made any significant headway. 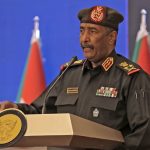 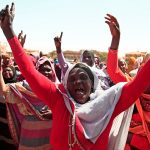 Sudan army supporters in new show of force in Khartoum