N’Djamena – A leading Chadian rebel flew home on Friday to join talks on the country’s political future, after spending nearly two years in jail in Egypt, an AFP reporter saw.

Tom Erdimi, 67, arrived at N’Djamena airport aboard an EgyptAir flight and was greeted by his twin brother, Timan Erdimi, who leads the Union of Resistance Forces (UFR).

The brothers – nephews of Chad’s iron-fisted late president Idriss Deby Itno – were key figures in the regime in the 1990s before they rebelled against it, co-founding the UFR.

Erdimi was arrested in Egypt in December 2020, a move that the UFR said was the result of Chadian pressure on the Cairo government.

But on Wednesday, the Chadian government announced that he had been pardoned by Egyptian President Abdel Fattah al-Sissi and would be returning home.

There have been no other details about his release, which had been a condition set by the UFR for joining a forum on charting the military-run country’s return to civilian rule.

Erdimi, wearing a traditional white gown, was warmly received by relatives and sympathisers. Two ministers in the junta-appointed government were also present.

He called for “peace and reconciliation, in a democratic system”.

He thanked “Chadians who mobilised… for my release”, singling out his brother as well as “the president of the transitional military council” – a reference to junta leader General Mahamat Idriss Deby.

Deby took the reins of the country after his father was killed during an operation against rebels in April 2021.

He dissolved parliament and suspended the constitution, vowing to hold “free and democratic” elections after an 18-month rule.

The elections hinge on the outcome of a so-called inclusive national dialogue, a forum launched by Deby that would seal changes to the constitution and other reforms.

The dialogue began on August 20 after repeated delays, and work is progressing very slowly, hobbled in part by the absence of key political opponents and rebels.

The scheduled closure has already been pushed back 10 days to September 30.

Chad, one of the world’s poorest countries, has endured repeated uprisings and unrest since independence from France in 1960.

Tom Erdimi was director of former president Deby’s cabinet in 1991, and in charge of a range of oil-related activities in the central African state.

He and his brother rebelled against the late ruler in 2005, launching several offensives aimed at overthrowing the government, including one that earned them a death sentence in absentia while they were in exile overseas. 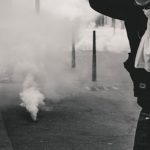