Pretoria – Southern African leaders went into talks on Tuesday to discuss the possibility of prolonging their military mission aimed at smoking out jihadists rampaging across northern Mozambique, the South African presidency said.

The Southern African Development Community (SADC) deployed a three-month mission from July 15, part of a deal reached in June by the 16-nation bloc.

His Excellency President @CyrilRamaphosa has convened an Extraordinary Summit of the Southern African Development Community Organ Troika Plus the Republic of Mozambique at the OR Tambo BuildingTshwane.#SADC #BetterAfricaBetterWorld pic.twitter.com/D8I3uBg76G

“The summit will consider the way forward as the deployment to combat acts of terrorism and violent extremism in the northern region of Cabo Delgado province comes to an end on October 15,” South African President Cyril Ramaphosa’s office said in a statement.

Northern Mozambique has been buffeted by Islamic State-linked militants who have targeted towns and villages for the past four years, the wave of violence claiming at least 3 340 lives and displacing more than 800 000 people.

The extremist attacks escalated last year, culminating in March with coordinated raids on the gas hub and port town of Palma which triggered the flight of around 100 000 people, according to the UN refugee agency.

[PHOTOS]: His Excellency President @CyrilRamaphosa, in his capacity as Chair of the SADC Organ on Politics, Defence & Security Cooperation, receives SADC Heads of State and Government partipating in the Extraordinary Summit of the #SADC Organ Troika + the Republic of Mozambique. pic.twitter.com/KyrJLps2aw

Dozens of people were killed, some decapitated during the attack.

The violence has disrupted major gas exploration projects and raised fears it could spread to neighbouring countries.

Under a bilateral deal with Mozambique, Rwanda became the first foreign army to deploy boots on the ground, sending in 1 000 soldiers, weeks before SADC.

The total force size of the SADC regional deployment has not been revealed, but South Africa has the largest contingent of around 1,500.

At the weekend, SADC said its forces had killed a local jihadist leader and 18 fighters during a military strike on one of their bases.

Aside from host Ramaphosa, other presidents attending the talks are Botswana’s Mokgweetsi Masisi, Namibia’s Hage Geingob and Mozambique’s Filipe Nyusi. 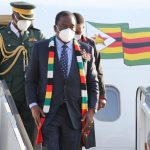 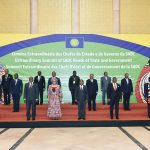 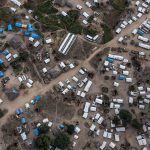