Addis Ababa – The International Committee of the Red Cross (ICRC) said a medical aid convoy had arrived in the capital of Ethiopia’s war-ravaged Tigray region on Tuesday, its first since a peace deal between the federal government and Tigrayan rebels almost two weeks ago.

The restoration of aid deliveries to Tigray was a key part of the breakthrough agreement signed on November 2 to silence the guns in the two-year conflict that has killed untold numbers of people and unleashed a humanitarian crisis in northern Ethiopia.

The agency said on Twitter that two trucks had delivered medicines, emergency and first-aid kits to support health facilities in Tigray to treat patients with conditions that need urgent care.

“It is an enormous relief for us to deliver this cargo. The healthcare system in the region is under extreme pressure and these deliveries are a lifeline for people who need medical help,” said Nicolas Von Arx, the head of ICRC’s delegation in Ethiopia.

The Red Cross welcomed the arrival on Tuesday of the first aid convoy in Tigray’s capital since a peace deal was agreed upon between the Ethiopian government and Tigrayan rebels early in November 👇https://t.co/hIwJi9Bz0i

“This aid delivery is the first since the resumption of fighting last August and the signing of the Pretoria and Nairobi agreements,” the ICRC added in a statement.

It was referring to the “Cessation of Hostilities” agreement signed by the Ethiopian government and the Tigray People’s Liberation Front (TPLF) in South Africa on November 2 and a follow-up accord reached in the Kenyan capital on Saturday.

The warring sides had agreed in Nairobi to facilitate immediate humanitarian access to “all in need” in Tigray and neighbouring regions with immediate effect.

Tigray, a region of six million people, has been suffering from a severe lack of food and medicine, as well as limited access to basic services including electricity, banking and communications, with the UN warning that many people were on the brink of starvation.

A humanitarian source told AFP late Monday that the UN’s World Food Programme (WFP) was preparing a convoy headed for the town of Shire, which has been under the control of federal forces and their allies since mid-October.

‘Make our promise a reality’

Earier on Tuesday, Ethiopian Prime Minister Abiy Ahmed vowed to fulfil the commitments made in the peace deal and make “our promise a reality”.

As well as the restoration of aid and a cessation of hostilities, the agreement calls for the disarming of TPLF fighters and the re-establishment of federal authority over Tigray.

International pressure for a ceasefire had been mounting since intense fighting reignited in northern Ethiopia in late August after a five-month truce, with pro-government forces capturing a number of key towns in Tigray.

Responding to questions from lawmakers, Abiy said: “We have discussed and signed (the agreement), what is expected from us next is executing the promise we made dutifully.”

A Twitter post by his office later quoted him saying: “We must keep our word by making our promise a reality. We must work hard to avoid problems during the process.”

Abiy has previously said that the Ethiopian government secured 100 percent of what it had sought in the negotiations with the TPLF.

Observers have pointed to many challenges ahead, including the aid issue and the thorny question of Western Tigray, a contested region which has been occupied by pro-Abiy Amhara militias since the war erupted.

The peace deal does not mention the region, raising fears of further conflict down the road.

But Abiy said the issue could be resolved through constitutional means, including a possible referendum.

“We did not go to Pretoria to debate whether Wolkait (in Western Tigray) belongs to Amhara or Tigray as it is neither the place nor the time,” he told lawmakers.

The region is claimed by Tigrayans and Amharas.

The conflict between the TPLF and pro-Abiy forces – which include regional militias and the Eritrean army – has caused an untold number of deaths, forced more than two million people from their homes and driven hundreds of thousands to the brink of famine.

But Abiy did not make any reference to the presence on Ethiopian soil or any possible withdrawal of Eritrean troops, who have played a major role in the conflict but have been accused of atrocities.

Neither the Pretoria nor Nairobi agreements make any mention of Eritrean forces.

The war in Africa’s second most populous country began in November 2020 when Abiy, a Nobel Peace laureate, sent troops into Tigray, accusing the TPLF of attacking federal army camps.

The TPLF had dominated national politics for nearly three decades until Abiy took office in 2018. 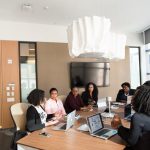 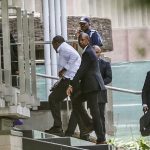 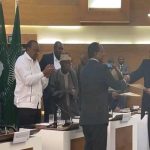 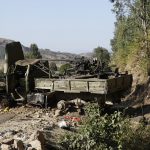 Timeline: the conflict in Ethiopia’s Tigray 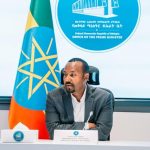 What to know about Ethiopia peace talks