Libreville – One of the main political opponents in authoritarian Equatorial Guinea has been arrested along with 150 supporters in a police raid, according to state television.

The mass arrests came a week after President Teodoro Obiang Nguema Mbasogo – who has ruled Equatorial Guinea with an iron fist for more than 43 years – said he will seek a sixth term in November.

Former head of the banned Citizens for Innovation (CI) party Gabriel Nse Obiang Obono, an outspoken critic of the regime, was arrested Thursday in a police operation that saw one policeman shot dead, Television de Guinea Ecuatorial (TVGE) said in its evening broadcast.

“Obono, was arrested at his home after having disobeyed justice by not responding to a summons from the prosecutor”, according to the broadcast.

TGVE said the policeman had been shot by CI party militants.

Obono had threatened in recent days to take to the streets if the government did not allow him to participate in legislative and presidential elections on November 20.

CI was banned and dissolved in February 2018 – shortly after winning one of the 100 seats in the 2017 legislative elections.

The other 99 are held by Obiang’s party, The Democratic Party of Equatorial Guinea (PDGE).

TVGE claimed last week that four people had been arrested as part of an opposition plot to carry out attacks against government ministers.

Obono was arrested after failing to respond to a court summons as part of an investigation into that plot, state TV said.

Obiang, 80, is the longest ruling head of state in the world, excluding monarchs.

He seized power in a coup in 1979 that led to the execution of his feared, ruthless uncle and predecessor Francisco Macias Nguema.

The PDGE was the oil-rich country’s single legal political movement until 1991, when multi-party politics were introduced. 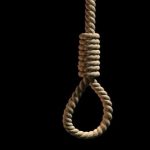 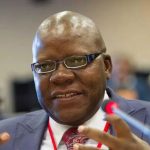 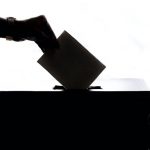