N’Djamena – Eleven people were killed in fighting between herders and farmers in central Chad on Friday, a local governor told AFP after the latest flare-up of deadly violence between the semi-nomadic and settled communities.

In central and southern Chad, where many residents are armed, clashes frequently break out as farmers accuse herders of allowing animals to graze on their land or trample on crops.

He initially put the death toll in the sub-prefecture of Kouka Margni at nine.

It rose to 11 after “two herders who arrived with horses were kidnapped and then killed by the farmers”, he said.

Around a dozen police vehicles deployed to quell the unrest were fired on.

The governor said he had appealed to the army for help, fearing “that the violence will resume”.

In September, 19 people were killed and 22 wounded in a herder-farmer dispute in Marabe, a small village 500 kilometres (310 miles) southeast of the capital N’Djamena. The conflict spilt over into two neighbouring villages before police were able to restore calm.

In August, 13 people were killed in the central African country’s east after a child was accused of stealing a farmer’s hoe.

Herders generally come from the arid Sahelian regions of northern Chad and seek to settle on more fertile land where they can raise their camels and sheep.

13 killed in clashes between farmers, herders in Chad

10 killed in clashes between farmers and herders in Chad 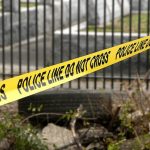 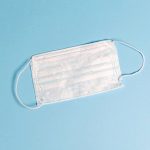