Nairobi – Kenya’s veteran opposition leader Raila Odinga has dismissed widespread rumours of a power-sharing deal between him and President Uhuru Kenyatta ahead of elections next year as he leaves the door open for a fifth presidential bid.

A mainstay of Kenyan politics, the former prime minister remains hugely popular despite losing four shots at the presidency in 1997, 2007, 2013 and 2017.

But his image as an anti-establishment firebrand has taken a knock since he stunned the country with a headline-grabbing handshake with former foe Kenyatta in March 2018, following deadly post-election clashes the year before.

The truce, known universally as “the handshake”, sparked feverish speculation the two men had made a pact that would see Odinga succeed Kenyatta, a two-term president who cannot run a third time.

In an interview however, the 76-year-old Odinga brushed off the rumours, saying he had nothing to gain from the rapprochement, which saw the pair vow to work together to defuse months of violence and political turmoil.

“It is propaganda peddled by busybodies,” Odinga said in his Nairobi office.

“The situation was highly polarised in the country, there were demonstrations, extensive use of force, people were dying and there was need for a resolution,” he said.

“As a result of the handshake, peace returned to the country.”

Critics argue that the truce has effectively left the East African country without an opposition and taken the shine off what many expect to be Odinga’s last stab at the presidency.

The two leaders’ push to amend the constitution and expand the executive has also left them open to the charge that their handshake was designed to ensure that Kenyatta could stay in power as a prime minister.

The government intends to file an appeal with the country’s top court after a panel of judges in Nairobi rejected the wide-ranging constitutional changes.

But the usually vociferous politician, who has been seen at official government functions with Kenyatta, refused to be drawn on whether he would run for the presidency next August.

“I will talk about that subject at the appropriate time,” he said, in a nod to his nickname “Agwambo” (“the mysterious”).

His new rival, deputy president William Ruto, may leave him with little option but to reveal his cards.

Ruto was promised Kenyatta’s backing for the top job in 2022 in exchange for his support. “The handshake” has since consigned him to the sidelines, revealing new fissures as his bitter feud with the president plays out in public.

As the man who has gained the most from the pair’s fractured ties, Odinga now faces a threat to the anti-establishment brand he has spent years cultivating.

Ruto has positioned himself as a leader looking to upend the status quo and stand up for the “hustlers” trying to make ends meet in a country ruled by “dynasties”.

The Kenyatta and Odinga families have dominated Kenyan politics since independence in 1963.

But Odinga, who was jailed for eight years under the autocratic regime of Daniel arap Moi, insists he is “a self-made person”.

“I have not inherited anything from anybody. What I have I have worked for.”

Yet Ruto, who is 22 years younger than Odinga, is hoping that his rags-to-riches journey from street hawker to top-ranked politician will resonate with Kenya’s overwhelmingly youthful population.

Odinga, a grandfather of five, said he would “be very happy to hand over (the reins) to a younger person”.

But not just yet.

“I have a track record which Kenyans understand very well,” he said in a parting shot.

“They know that given an opportunity as the head of government, I can introduce a lot of changes.”

Kenya to appeal to Supreme Court over constitutional reforms

Kenyan court to rule on disputed bid to change constitution

At least 17 soldiers dead as aircraft crashes in Kenya 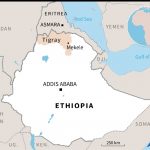