Nairobi – The Kenyan government said on Friday it will go to the country’s top court to challenge a ruling that halted President Uhuru Kenyatta’s bid to change the constitution, a source of growing controversy ahead of next year’s polls.

The sweeping reforms – popularly known as the Building Bridges Initiative (BBI) – have been touted as a way to end repeated cycles of election violence by expanding the executive and parliament to more evenly divide the spoils of victory.

But a High Court in Nairobi in May ruled that the proposed amendments to the 2010 constitution were illegal and that Kenyatta could himself face legal action for launching the process.

The government challenged that judgement, but the Court of Appeal on August 20 confirmed it in a majority decision by the seven-member panel.

It said Kenyatta had no right to initiate the changes, which could have dramatically shifted the political landscape with less than a year before the country votes in August 9 presidential and parliamentary elections.

In a notice of appeal filed at the Supreme Court on Friday, the attorney general’s office said it was “dissatisfied” with the August 20 decision and will launch a final attempt to introduce the controversial legislation.

It listed eight grounds for challenging the ruling, including the judgement that civil proceedings could be instituted against the president.

The proposed reforms came about following a rapprochement between Kenyatta and his erstwhile opponent Raila Odinga and a famous handshake between the two men after post-election fighting in 2017 claimed dozens of lives.

The BBI notably aimed to restructure the current winner-takes-all electoral system by creating new executive posts and increase the number of parliamentarians from 290 to 360.

But it was seen by critics as a way to enable Kenyatta – who has served two terms and is barred from running for president again – to remain in power by establishing the post of prime minister.

Kenyan court to rule on disputed bid to change constitution 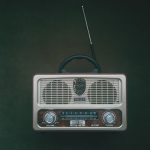