Cape Town – Economic Freedom Fighters (EFF)’s Julius Malema along with other party leaders and attorneys have sent a letter to Jacques Pauw and NB Publishers, requesting that “Pauw’s Our Poisoned Land be removed from shelves”.

According to a statement by NB Publishers, the EFF’s attorneys issued demands, insisting that copies of the new book be removed from shelves across all bookstores.

“NB Publishers received an urgent letter of demand on Monday from Julius Malema, Floyd Shivambu and Mbuyiseni Ndlozi’s attorneys demanding the immediate withdrawal of Our Poisoned Land, published on 11 November 2022 under the Tafelberg imprint of NB Publishers. It’s Pauw’s sequel to the bestselling The President’s Keepers.”

According to the publishing company, the letter also requested that “both Mr Jacques Pauw and NB Publishers unconditionally apologise to Mr Julius Malema, Mr Floyd Shivambu, Mr Ndlozi, and all other members of the Economic Freedom Fighters, for the negligent and mala fide publication of untrue, unverified, and defamatory allegations pertaining to those parties, which publications have been unconditionally withdrawn, and will not be republished, either now or in the future”.

Our attorneys have responded to the letter received.

The letter is in response to the allegations made by Pauw, “detailing the extent of Julius Malema’s controversial relationship with self-confessed tobacco smuggler Adriano Mazzotti”.

In response to the allegations made by the EFF, Pauw said that “this is the book that Julius Malema does not want you to see”.

“The EFF’s demands are reminiscent of similar attempts, almost exactly five years ago, when then spy boss Arthur Fraser threatened to use intelligence legislation to remove The President’s Keepers from the shelves,” he added.

NB Publishers said that their attorneys have responded to the letter and added that they are standing by their author.

“NB Publishers stands by our author and the book. The information in the book was properly sourced and lawfully published and demands for removal and apologies have been rejected,” it said. 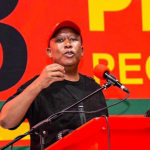 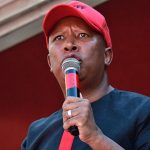 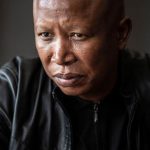 ‘We refuse to turn a blind eye against crimes committed by Cyril Ramaphosa,’ says Julius Malema 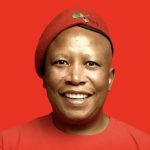