This is due to major capital projects and repairs that are set to reduce an already constrained generation capacity by 2 300MW, Eskom said in a statement.

On Tuesday Eskom said that since January, the country has experienced 155 days of load-shedding by heavily relying on the extensive use of open-cycle gas turbines (OCGTs), burning millions of litres of diesel to limit the stage of load shedding.

“Due to the vulnerability and unpredictability of the power system, coupled with the major capital projects, maintenance and major repairs to be executed starting during the next few months, the risk of continued load shedding remains quite high,” said Eskom COO Jan Oberholzer.

On December 8, Unit 1 of the Koeberg nuclear power station, which has provided 384 days of uninterrupted supply to date, will be shut down for normal maintenance and refuelling, and the replacement of the three steam generators (SGR) as part of the long- term operation to extend the operating life of Africa’s only nuclear power station.

It is anticipated to return to service in June 2023. This will remove 920MW of generation capacity from the national grid.

Koeberg Unit 2 was returned to service after a forced shutdown to remedy the control rod slippage issue while the structural collapse that shut down Unit 1 of the Kusile Power Station in October was another serious blow to Eskom, said Oberholzer.

“This loss of the Kusile units has added additional strain to an already constrained generation system. Unit 4 is the only one on load at Kusile. The extent of the damage to the Kusile duct system will be established over the next few weeks as investigations into the structural failure pick up speed,” he said.

To close the supply gap, Eskom plans to repurpose these power stations and take advantage of the existing Transmission infrastructure in these facilities and convert those coal-fired power stations to renewable sources.

Eskom says stage 6 load shedding will return at 16:00 on Friday 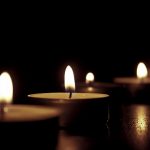