Luanda – An office of Angola’s ruling party was set ablaze on Monday during protests by mini-bus taxi drivers, the latest outburst of frustration against the authorities.

Striking against operating conditions and police harassment, thousands of drivers pulled their vehicles off the roads of the capital Luanda leaving commuters – most of whom depend on the privately operated services – stranded.

Protests broke out and local offices of the People’s Movement for the Liberation of Angola (MPLA) in Luanda’s Benfica district were set alight, footage on the state broadcaster showed.

The fire did not spread but it damaged a generator.

Elsewhere, MPLA flags flying from lampposts were pulled down.

In a statement, the MPLA’s highest decision making body “strongly and vehemently” rebuked the “acts of vandalism” targeted at its offices.

It appealed to its supporters to “remain calm, peaceful” and not give in to acts of “provocation”.

“Well-identified players are behind this action,” he said on public television, without naming anyone.

National elections are just eight months away in the oil-rich country, where President Joao Lourenco will be seeking a second term.

Public demonstrations and protests have broken out relatively often in Angola in recent years, often seen as reflecting anger over the government’s perceived failure to make good on promises to improve living conditions and create jobs.

Police said they had arrested 17 people in connection with Monday’s violent protests.

The strike was called to force the government to scrap restrictions limiting passenger capacity to 50 percent, an order initially imposed at the start of the Covid-19 pandemic.

Drivers also parked their fleets to protest against “abusive questioning” by the police.

The taxi owners group that called the three-day strike, distanced itself from the violence.

“The strike is over the daily discrimination by police and the earlier decree limiting passenger numbers inside vehicles,” said Francisco Paciente, boss of the New Alliance of Luanda’s Taxi Driver Association, told reporters.

Most of Luanda’s more than six million inhabitants rely on some 30,000 privately owned minibus taxis for their daily commutes. 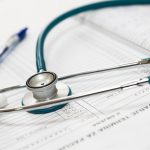