Africa has a number of mammoth trans-continental highways in different stages of development. A good example is the Trans-Sahara Highway, which runs from Algiers to Lagos across the desert through three countries – Nigeria, Niger and Algeria. It’s 85% complete.

This is among the many other road projects under way across Africa as governments, policy makers and funders finally get serious about plugging the continent’s enormous infrastructure gap. It isn’t only about grand cross-border projects – it’s also about improving the roads between towns and cities, within cities, and in rural areas.

Decades of under-investment in road infrastructure is being reversed, with approximately US$7 billion a year spent on paving roads. The network is growing by around 7 500 km a year – although this is still far short of the need.

The poor quality of transport infrastructure means the cost of moving goods in Africa is, on average, two to three times higher than in developed countries. According to the African Development Bank, roads carry at least 80% of goods and 90% of people in Africa. Other forms of transport are either too costly, inefficient or non-existent.

The situation is exacerbated by the lack of rail networks across the continent. Those built during the colonial and post-independence era are mostly defunct, while 13 countries in sub-Saharan Africa have no operational rail networks at all. While some are being rehabilitated at considerable cost, the problem goes beyond the hard infrastructure to their management and systems.

They tend to be inefficient and usage is low, pushing up costs. This is a particular problem for a continent that has bulky commodities as its main exports.

Air transport in Africa remains expensive as a result of limited flights, high airport and passenger taxes, and the slow liberalisation of air space. The lack of reliable water transport on Africa’s lakes and rivers is another factor putting undue pressure on the fragile road network.

All of this means the roads, particularly main transport arteries, take a beating. There is a knock-on effect in terms of the cost to human lives and safety of cargos and, further down the chain, the impact on inflation – given both the high number of landlocked countries in Africa and the fact that most are import dependent.

The problem is not just the state of the roads and poor maintenance. Border crossings are inefficient, time-consuming and difficult, and there is a lack of support services and infrastructure along trade routes.

The added costs of paying ‘tolls’ to get through multiple roadblocks across the continent add to the woes.

The World Bank maintains that improved infrastructure across the continent could increase economic growth by two percentage points a year. It would also significantly improve trade performance and competitiveness.

Increasing the connectedness of Africa’s countries, people, goods and services is critical to the modernisation of the continent. With rail and air travel out of the reach of the majority of Africa’s billion-odd people, it falls to governments to build national and regional road networks and to ensure they work optimally.

Without this, real development is certain to remain elusive.

By Dianna Games
Dianna Games is a South African-based commentator on African business issues and an executive member of the South Africa-Nigeria Chamber of Commerce. 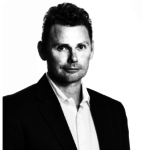 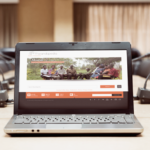 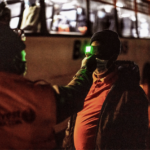