Cape Town – Police are investigating the possibility of of a turf war between two groups of zama zamas (illegal miners) after bodies were found on the N1 freeway in Bosmont and New Canada, Johannesburg District on Wednesday.

Some of the bodies had their eyes gouged out while others had their hands chopped off.

Gauteng police commissioner Lieutenant-General Elias Mawela said during an interview with eNCA that the investigation was based on information from some of the survivours.

Mawela suggested that the police’s operations to curb illegal mining could be what escalated the turf war, as police had closed down several illegal mines.

“We were able to stabilise the situation in the West Rand, and the more we close in on illegal miners and shut them down, with their spaces becoming smaller and then they begin fighting in areas for trade,” said Mawela.

He said that just this week, 10 bodies had been found in the area.

Mawela said three bodies were discovered on Monday with gunshot wounds- their private parts were mutilated. In addition, cartridges found around the area suggested that the victims were killed there.

“Yesterday [Wednesday], the six bodies that were found there were attacked. They had a lot of body injuries, you could see stab wounds and body injuries to show that blunt objects were used to attack those people,

“The cartridges were found in the vicinity where the bodies are but we could not see any gun wound on their body. We will wait for the post-mortem results to see if the firearm was used to kill this person.” 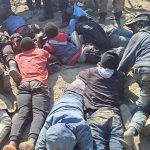 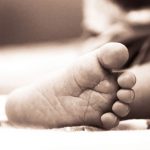