Maputo – Mozambican President Filipe Nyusi on Wednesday called on energy giants to resume work on gas projects in the country’s restive north, which has been plagued by jihadist attacks since 2017.

Nyusi told a two-day gas and energy conference in Maputo that the security situation is “now better” than before the attack, with “greater stability,” in the surrounding region allowing for works to resume.

“We consider it pertinent that the possibility of resuming the development of onshore construction work … be considered,” Nyusi said.

“We will have more specific meetings with the operators to discuss other measures needed to maintain safety,” Nyusi added.

Some 3,100 troops from several African countries were deployed in the northern Cabo Delgado province after the Palma attack in March 2021.

Calm has gradually returned to the town and surrounding areas.

But TotalEnergies told AFP that its “work will resume once security and safety conditions have been permanently restored in the region”.

Vast natural gas deposits were discovered in Cabo Delgado in 2010, the largest ever found south of the Sahara.

Once tapped, Mozambique could become one of the world’s 10 biggest exporters.

The Muslim-majority province has attracted mega-projects operated by TotalEnergies, ExxonMobil and ENI.

But the jihadist insurgency has stalled progress.

Of the three projects, only ENI’s is on track. The Italian company’s LNG facility is entirely offshore.

The conflict has killed more than 4,100 people over the past five years, according to conflict watchdog ACLED.

Hundreds of thousands more have been displaced, the United Nations says. 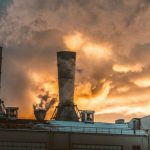