Cape Town – Kelly Khumalo’s lawyer maintains that they are prepared to testify, and that her client is looking forward to her day in court to give evidence in the Senzo Meyiwa murder trial.

Five men were charged with the murder of the Bafana Bafana goalkeeper who was shot dead at the singer’s home in Vosloorus, Gauteng in 2014.

On Monday, Magdalene Moonsamy’s attempts to represent her client in the trial were dismissed by Judge Tshifhiwa Maumala.

However, during an interview on Newsroom Afrika, Moonsamy insisted that they were prepared to testify and that the singer was looking forward to giving evidence in court.

“We have always prepared ourselves to testify. Actually, my client has been … and I have been consistent in terms of my communication on the issue. My client is waiting for her day in court. That is not in dispute,” said Moonsamy.

She alleged that lead State prosecutor, advocate George Baloyi initially informed Kelly because she was not a suspect or a will not be a witness there was no need for a consultation.

Moonsamy stated that allowing watching briefs for other individuals were ‘prejudiced’ and ‘biased’.

“My issue is the following, I am particularly isolated not to enter the court, but you have watching brief for other individuals in court. That’s prejudice. That is bias. We just want to follow court proceedings.”

She reiterated the singer’s wish to have her day in court.

“My client has never been afraid. We have always wanted our day in court,” said Monogamy.

In September, counsel for four of the five accused men, advocate Tshepo Timothy Thobane alleged that Meyiwa was in a sexual relationship with Kelly and her sister Zandile Khumalo-Gumede while living with both sisters.

“A witness will testify that Kelly had brought Zandi to live with them, to guard Senzo while she was doing her music career activities. I put it to you that the same witness will come and testify that Senzo was complaining about the way Kelly was doing things, and having someone to guard him,”

“That witness will testify that at the end, Senzo ended up having a sexual relationship with Zandi as well. Kelly was away for a long time,” Thobane said.

The trial resumed on Monday at the Pretoria High Court where Meyiwa’s long-time friend, Tumelo Madlala, was expected to take the stand to continue with his cross-examination, reported TimesLIVE.

In his previous testimony, Madlala identified Bongani Ntanzi as the man who was in a scuffle with Meyiwa before the fatal shooting.

He alleged that Ntanzi was the second intruder who stormed into the Vosloorus house where the soccer star was murdered.

Meyiwa was gunned down at his then-girlfriend, Kelly Khumalo’s home in Vosloorus, Gauteng on the evening of October 26, 2014. 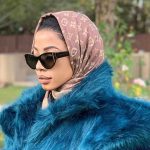 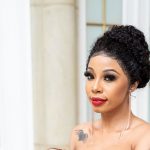 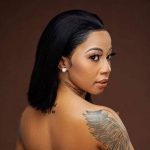 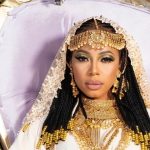 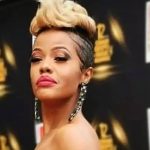