Nairobi – Top Kenyan officials pledged Monday to crack down on crime in the capital Nairobi and other cities after residents reported a surge in muggings and violent robberies, often in daylight.

“A small group of criminals armed with knives and other weapons is terrorising the citizens of this city as well as a few other urban centres,” Interior Cabinet Secretary Kithure Kindiki told reporters.

Kenya’s largest city, with a population of more than four million, has long carried the unfortunate moniker “Nairobbery” although crime rates had improved in recent years.

But Kindiki told reporters that the city was now “witnessing increasing criminal activity” and vowed to go after the gangs of youths he blamed for the crime wave.

Kenya’s new Inspector General of Police Japhet Koome, who took office only last week, also issued an ultimatum to anyone illegally possessing firearms, saying they would have a month to surrender the weapons.

“Crime must end in this country and in this city. That is not optional. We want everyone to go about their life and businesses without fear of any threat,” he told reporters after a meeting with Nairobi governor Johnson Sakaja.

Official figures on the crime rates were not immediately available.

Kenyans have been posting on social media about their experiences, with some issuing lists of the most dangerous areas in Nairobi, including the central business district.

Jane Ndung’u, a sales and advertising executive at a public relations firm in Nairobi, said thugs threatened her with a knife and stole her handbag and laptop on a main road in the downtown area.

“It is a shame that police are not doing anything when criminals are terrorising people in broad daylight,” she told AFP.

“What is shocking me most is that it happened at a fairly crowded place and everyone was terrified, they (the attackers) did not fear anyone.”

A doctor from Kenyatta National Hospital last week took to social media to warn citizens of the increased number of patients being admitted with stab wounds.

Lilian Munyua said in a Facebook post that went viral that the hospital had been taking in an average of four to seven victims each day who had been stabbed in muggings.

“Please note these killer thugs are stealing in broad daylight. If you resist they will stab or shoot you without a second thought. Advise your friends and family to avoid walking alone or getting late in these places.” 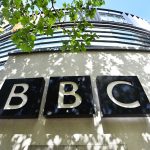 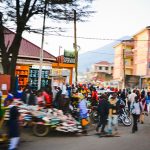 Kenya court remands 16 in custody over road attack on woman