Africans in Ukraine, many of them students, are among hundreds of thousands of people trying to flee into Poland and other neighbours, following Russia’s invasion.

“I was fairly shocked this morning, to get a message that African students trying to get through the Poland border were being pushed to the back of the line because they are black, and being denied entry in the queue position in which they were in.

“This just goes to prove that we continue to suffer the awful blight of racism, and so we must not allow racism to be placed at the end of the queue in our attention to human rights.

“It’s extremely important that we keep up the fight for everybody to recoignise the equality of every human being,” said Pandor.

She said this while speaking in Geneva, Switzerland, where she is attending the launch of South Africa’s candidature for the Human Rights Council for the period 2023 to 2025.

Her remarks came as African Union leaders also voiced concern at the reports of mistreatment of Africans caught up in the Ukraine conflict.

ALSO READ | Russia-Ukraine conflict: ‘Do not get involved in this war,’ South Africans tell govt

The current chair of the AU, Senegalese President Macky Sall, and African Union Commission head Moussa Faki Mahamat said on Monday that they were “particularly disturbed by reports that African citizens on the Ukrainian side of the border are being refused the right to cross the border to safety”.

“Reports that Africans are singled out for unacceptable dissimilar treatment would be shockingly racist and in breach international law,” they said in a statement.

All countries should “respect international law and show the same empathy and support to all people fleeing war notwithstanding their racial identity”, they added. 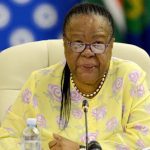 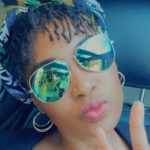