Johannesburg – South African Paralympic champion Oscar Pistorius, who was jailed for 13 years for murdering his girlfriend, has asked the courts to force prison authorities to consider him for parole, a lawyer said Wednesday.

Pistorius, 35, shot dead Reeva Steenkamp, a model, while she was in the bathroom in the early hours of Valentine’s Day in 2013.

He said he thought a burglar was hiding in his en-suite bathroom when he fired four times through the door.

He was found guilty of murder and started serving his sentence in 2014.

His lawyer Julian Knight told AFP that the athlete was seeking an order to force authorities to hold a parole hearing.

“It’s an application to compel the parole board to convene a hearing for his consideration for parole,” said Knight.

“It doesn’t mean he must be placed on parole, but that he must be considered,” he said.

No hearing date has been set yet, he said, refusing to give further details.

To be considered for parole in South Africa, an offender must first serve half their term.

In July, the Correctional Services department confirmed that a meeting had taken place the previous month between Pistorius and Steenkamp’s parents.

The encounter was part of Pistorius’ rehabilitation, something that is also a requirement to be able to apply for parole.

Known worldwide as the “Blade Runner” because of his carbon-fibre prosthetics, Pistorius became the first double-amputee to race at the Olympics when he competed at the London 2012 games, a year before he shot Steenkamp. 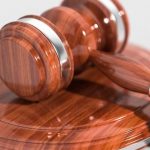 Man, 65, convicted after being found with over 6 800 images and videos of child pornography – report