Kinshasa – They are past 70 and sometimes even 100 years old. Many civil servants in the Democratic Republic of Congo work until their last days, hoping for a pension and recognition that never comes.

“I would like the state to close my career with honour,” says Bayard Kumwimba Dyuba, 84, a primary school teacher in Lubumbashi, the main town in the south-east of the vast central African country.

Dyuba is a short, jovial man with a sharp mind, plagued by a bent back and “difficult hearing”.

Then why doesn’t he retire? “I want to leave,” Dyuba says. “But not like that, with nothing! I would like to be given what I deserve”.

But for years, many teachers and administrative workers have been forgotten, despite a 2016 law stipulating that those who have reached the age of 65 or have accumulated 35 years of career are eligible for retirement.

“We are neglected, almost abandoned,” declares Dyuba, who says he earns a monthly salary of 370 000 Congolese francs ($185).

In another primary school close to his, the headmistress is 78 years old.

Francoise Yumba Mitwele entered the profession in 1962. “It was my vocation, I love to teach,” she says, upright and dapper in her colourful African wrap.

Like Dyuba, she is tired but continues to work, because she is also waiting for “a sum to leave”. She evaluates this departure payment at $25 000, which would suffice to buy a house for her children.

Last September, Minister of the Public Service Jean-Pierre Lihau estimated the number of civil service agents eligible for retirement at 350 000.

“14 000 are over 90 years old, 256 are centenarians. The oldest is 110 years old,”, he said, affirming that he wanted to work for a “gradual departure of those concerned to a retirement that is dignified compared to the past”.

“It’s been heard before, every minister says the same thing and then nothing happens,” protests lawyer Hubert Tshiswaka, director of the Human Rights Research Institute in Lubumbashi, which defends the cases of former public service employees eligible for retirement.

“The pensions do not come and the old dads and old mothers die in misery!” Tshiswaka criticises the “embezzlement” of public money and the “impunity” that goes with it.

Mitwele is also sceptical, because since the government minister’s declarations, nothing has changed.

“I would like to leave with my head held high,” insists the headmistress, who also asks that her work over the years be recognised. “We don’t even have a medal, which we could leave to our grandchildren,” she says, her sadness shot through with anger.

On the far side of the country, in the capital Kinshasa, “Petit Pierre” clings to the banister as he climbs a rickety staircase up to his office, on the first floor of a blue house in the Singa Mopepe district of which he is the chief.

At 80, Yantula Bobina Pierre Elengesa, his real name, is pleased to work “for a great service of the state”.

As head of the district in Lingwala commune, he receives the inhabitants, settles their neighbourhood or housing grievances, and takes censuses.

In 1960, he was a percussionist in the African Jazz rumba orchestra of Joseph Kabasele, alias Le Grand Kalle, author of the cult title “Independence Cha Cha”.

Petit Pierre gave up music after a serious car accident in 1963 when his leg was amputated. “I have a prosthesis, I’m used to it,” he says.

Every day except Sunday, he wakes up at 3:00 a.m. to avoid traffic jams en route to his office.

When asked if his work is tiring, he does not mention his age but regrets not having a computer.

“The world has evolved but not the administration,” Petit Pierre says, sitting in front of shelves filled with filing cabinets and topped with megaphones, which he uses to “raise awareness” in his district.

All the same, “You see that at my age, it’s time to rest but retirement isn’t coming,” Petit Pierre adds. “We’re here, we’re waiting”.

The public service ministry has not specified what measures have been taken to allow the departure of its elderly agents and did not respond to requests from AFP. 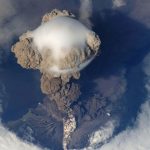 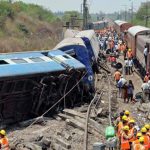 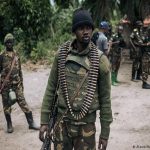