Reports alleged that the spills were caused by a mechanical failure at the Mahatma Gandhi pump station, resulting in sewerage discharges into the Durban Harbour from the Lavender Creek stormwater outlet.

IOL reported that the Department of Forestry, Fisheries and the Environment (DFFE) issued the municipality with a Coastal Protection Notice for illegally discharging effluent to coastal waters without authorisation in the convention of Section 69 of Integrated Coastal Management Act (ICMA).

The report said the municipality failed to comply with the instruction in the notice from DFFE.

According to DFFE, the docket was under investigation.

Meanwhile, the department advised the eThekwini Municipality to procure the two pumps needed at the Mahatma Gandhi pump station which caused pump failure, the report said.

The report said the two pumps have been out for repairs for over two years.

According to eThekwini Municipality, the sewage flooding into the harbour, via Lavender Creek, was due to the Mahatma Gandhi pump station being flooded, said Berea Mail.

The municipality alleged that this was due to load shedding which damaged the pumping equipment, the report said.

“EThekwini Municipality is aware of the sewage flooding the Durban Harbour via Lavender Creek. This is as a result of the Mahatma Gandhi Pump Station being flooded due to load shedding. This damaged the pumping equipment resulting in this unfortunate situation. The City is dosing the spill at Lavender Creek to minimise the negative impact,” the report quoted the municipality as saying.

At the time of the report, the City indicated that the reparation of the pumps was under way and repairs were expected to be complete by November 11. 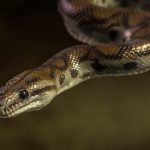 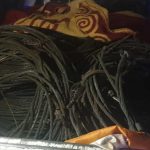 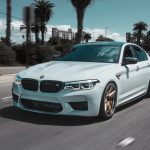