Ouagadougou – The head of Burkina Faso’s ruling junta will head to neighbouring Ivory Coast on Monday on his first official foreign trip since taking power in January, his office said.

Lieutenant-Colonel Paul-Henri Sandaogo Damiba will make a brief visit to Abidjan for talks with President Alassane Ouattara before returning to Ouagadougou the same day, the Burkinabe presidency told AFP on Friday.

Damiba headed a group of officers who mounted a coup on January 24, toppling elected leader Roch Marc Christian Kabore, who had failed to stem a long-running jihadist insurgency.

Thousands of people have died and around two million have fled their homes since armed Islamists mounted cross-border attacks from neighbouring Mali in 2015.

Attacks have increased since the start of the year, despite the junta’s vow to make security its top priority.

Ivory Coast has suffered sporadic attacks in recent years and fears a southward push by the jihadists across the countries’ 600-kilometre (375-mile) border. 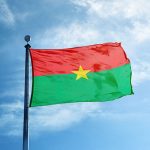 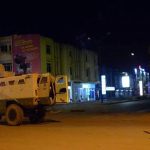 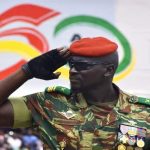 At least 20 killed in attack on Burkina Faso gold mine, locals say