Nairobi – At least a dozen journalists have been detained in a wave of arrests in Ethiopia, media workers and a rights group said Friday, in a crackdown that has sparked international concern.

Authorities in the Amhara region said more than 4 000 people had been detained in an anti-crime operation but press watchdogs and rights groups reported that journalists had also been targeted.

The latest arrests involved Temesgen Desalegn, editor in chief of the Amharic-language magazine “Fitih”, who was picked up by plainclothes security forces from his office on Thursday morning, his colleague Misgan Zinabu told AFP.

“Initially, they took Temesgen to a local police station… later on security forces moved him to a secret location,” the editor said, adding that his current whereabouts were unknown.

Another journalist and YouTuber, Yaysewe Shimelis, was arrested at home in the capital Addis Ababa on Thursday afternoon, his former colleague Bekal Alamirew told AFP.

“Yaysewe is accused by police of incitement to violence through his work,” he said, adding the former TV host was produced in court on Friday.

The arrests come after the Nisir International Broadcasting Corporation and Ashara, both covering Ethiopian affairs on their YouTube channels said their studios in Amhara were raided last week and staff taken away, some to undisclosed locations.

Nisir said four employees, including journalists and back office staff, were arrested and equipment seized from their workplace in the regional capital Bahir Dar.

The whereabouts of two other Nisir journalists remained unknown, it added.

Ashara Media said five of its staff were detained.

TV host Solomon Shumye, who has a show on YouTube, was also detained in Addis Ababa last week and accused of inciting violence, his sister Tigist Shumye said.

The sweep has triggered international concern, with the US State Department on Tuesday expressing alarm over “the narrowing space for freedom of expression and independent media in Ethiopia”.

The Committee to Protect Journalists and Reporters Without Borders this week called for the immediate release of the journalists and urged the Ethiopian authorities to stop harassing the press.

“The arrest of media personnel is particularly alarming… and its repercussions extend beyond media space and freedom of expression,” Bekele said in a statement Friday.

Amhara authorities backed Prime Minister Abiy Ahmed and his federal forces in a war with the neighbouring Tigray region that began in November 2020. But divisions have since emerged over Abiy’s handling of the conflict. 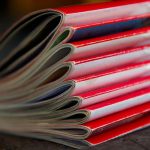