The seventh-year medical student was kidnapped by armed men on May 19, 1990, and taken to the main camp run by a presidential security regiment.

Dabo was tortured there and buried at Po 150 kilometres (90 miles) from the capital Ouagadougou.

The accused are charged with being “complicit in an illegal arrest and aggravated abduction … in beatings and injuries that led to death without intention to murder”. They are also charged with concealing a body.

Chief among the defendants is General Gilbert Diendere, who is already serving life in jail for his role in the assassination of president Thomas Sankara in a 1987 putsch that brought Compaore to power.

The general is also accused with ordering the removal and burial of the student’s body.

Co-accused Mamadou Bamba is known for having read out on television a statement from attempted coup leaders who failed to seize power in 2015.

He is also alleged to have decided which students to arrest.

The third defendant, Sergeant Magloire Yougbare, is being judged in absentia. He is also accused of driving the vehicle used to transport the body.

Although investigations began in 2000, it was only after a popular uprising led to the fall of Compaore’s regime at the end of 2014, that charges were finally brought, in January 2017.

The same year, the authorities announced that Dabo’s remains had been found in Po, site of a commando force centre where Compaore guards were trained.

Burkina is currently ruled by a junta under Lieutenant-Colonel Paul-Henri Sandaogo Damiba. He took power in a January coup, ousting elected leader Roch Marc Christian Kabore, who failed to stem a jihadist insurgency.

The trial verdict is expected on Wednesday. 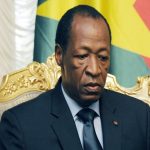 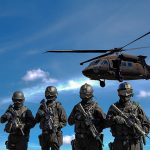 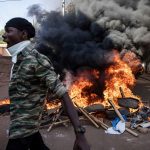 Burkina says 28 rebels and one soldier died in army ops