Gaborone – Botswana, a top beef exporter to the European Union, plans to slaughter 10 000 cattle to curb an outbreak of foot-and-mouth disease, a minister said on Monday.

The first major outbreak in two years forced the southern African country to suspend all beef exports on August 24.

Annually it exports about 9 000 tonnes of beef to the EU.

He warned that numbers of infected cattle “keep on increasing”.

After a two year respite, in August the landlocked Southern African nation confirmed an outbreak.

Foot and mouth disease is a severe, highly contagious viral disease of livestock.

Botswana exports about 9 000 tonnes of beef to the EU each year – around half of its exports – competing with world renowned beef producers such as Brazil.

The deal enables Botswana to export duty free and quota free to the EU market.

Over 150 endangered vultures poisoned to death in southern Africa 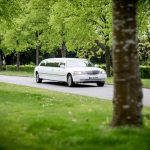