Tunis – Although they are bitter rivals on many issues, North African neighbours Morocco and Algeria appear to have one thing in common: muzzling the press.

On Monday last week, a Moroccan court is due to deliver a verdict in the trial of rights activist Omar Radi who has been in detention for almost a year on charges of espionage and rape, which he denies.

The case, in a closed-doors trial criticised by human rights watchdogs, comes on the heels of a July 10 five-year jail sentence against Moroccan journalist Soulaimane Raissouni for indecent assault.

Authorities in both Morocco and Algeria have detained and put on trial several journalists on charges ranging from harming national interests to sexual assault, and their courts have imposed stiff sentences.

These measures have sparked international condemnation while critics at home say the trials are politically motivated. Authorities, however, insist the judiciary is independent.

In Algeria, which has been rocked by intermittent pro-democracy protests since 2019, press freedoms are also being flouted, rights groups say.

Prominent Algerian journalist Khaled Drareni was sentenced to two years in jail in September for “inciting an unarmed gathering” and “endangering national unity”.

“In the Algeria of 2021, a word can land you in prison, you have to be careful with anything you say or write,” said Drareni, freed in February under a presidential pardon for detainees of the Hirak protest movement.

The head of media watchdog Reporters Without Borders (RSF), Christophe Deloire, is a vocal critic of the treatment of journalists in both Algeria and Morocco.

The root cause is that the two countries have “destabilised systems”, he told AFP.

“They are stuck in a spiral” of repression.

RSF has ranked Algeria 146 out of 180 countries and territories in its 2021 World Press Freedom Index, while Morocco was at 136.

“In Algeria… and Morocco… the judicial system is being used to help silence journalists,” the report said.

ALSO READ | Algeria frees over 100 for taking part in protests

Human Rights Watch’s acting executive director for the Middle East and North Africa, Eric Goldstein, sounded the alarm back in August 2020 ahead of the verdict against Drareni.

“Morocco and Algeria are neighbours and rivals… vying for diplomatic supremacy in the Maghreb region, sparring over Western Sahara, and insulting each other’s governments daily via state-influenced media,” he said in a statement.

“Algerian and Moroccan authorities might compete in many domains, but when it comes to disliking bold journalism and commentary, they agree,” he added.

The sentence against Drareni, a symbol of the struggle for press freedoms who worked for French-language TV5 and media watchdog Reporters Without Borders (RSF), outraged fellow journalists.

Drareni was arrested in Algiers in March 2020 while covering the pro-democracy Hirak movement, which swept former strongman Abdelaziz Bouteflika from power in 2019.

The protests continued after Bouteflika’s ouster, with demonstrators demanding a sweeping overhaul of a ruling system in place since Algeria’s 1962 independence from France.

Another emblematic figure of the crackdown in Algeria is Rabah Kareche, who was sentenced to one year in prison in April for spreading false information “harmful to public security”.

The detention of Kareche, a correspondent for French-language newspaper Liberte in Tamanrasset in Algeria’s far south, came after he published an article on a Tuareg protest movement in the area.

The State Department said it was “disappointed” by the ruling against Raissouni.

“We believe the judicial process that led to this verdict contradicts the Moroccan system’s fundamental promise of fair trials for individuals accused of crimes and is inconsistent with the promise of the 2011 constitution and His Majesty King Mohammed VI’s reform agenda,” State Department spokesman Ned Price said.

RSF has said Raissouni’s trial was “tainted by irregularities” and called for the release of the 49-year-old, who staged a hunger strike of more than 90 days.

Morocco’s prosecution insisted, however, that Raissouni had been “prosecuted for crimes that have nothing to do with his journalistic work”.

Algeria and Morocco have also been tightening the screws on foreign correspondents, making it difficult for them to obtain accreditation.

“This discredits these countries and threatens to undermine their image, even some diplomatic ties,” said RSF’s Deloire. 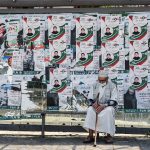