Bangkok – Four people suspected of murdering an environmental activist who disappeared eight years ago are set to be indicted, Thai officials said on Monday, reversing a controversial decision to dismiss charges two years ago.

An investigation centred around then-park chief Chaiwat Limlikitaksor, who was the last person to see Billy alive, but in 2020 murder charges against him were dropped due to “insufficient evidence”.

The decision ignited criticism, with Billy’s wife vowing to fight on and international rights groups saying the dismissal made a “mockery” of the Thai legal system.

On Monday Prayuth Pecharakun, deputy spokesperson of the Office of the Attorney General, told AFP that his office had reversed course and “decided to indict four suspects involved in the case of Billy”.

He confirmed Chaiwat – along with three unidentified individuals – would be “indicted for premeditated murder, detention and concealing a corpse”.

Chaiwat is believed to have been the last person to see Billy alive after the activist was detained for apparently collecting honey illegally.

He has consistently denied any involvement, maintaining he released Billy.

In 2019 divers found burned fragments of a skull stuffed in an oil drum in the park’s reservoir, while other bones were scattered around the lake.

The remains were believed to be Billy’s based on a forensic investigation using his mother’s DNA, investigators said.

However this evidence was deemed “not enough” to identify to whom exactly the remains belonged, according to the attorney general’s office in 2020.

At the time Human Rights Watch castigated officials’ handling of the case, claiming it made “a mockery of Thai government pledges to pursue justice and end the culture of impunity”.

The fresh indictments come after Billy’s widow, Pinnapa Prueksapan, submitted a petition earlier this year to the attorney general’s office calling for the stalled legal action to be revived.

The kingdom remains a deadly place for environmental and indigenous activists.

Rights campaigners have accused Thai officials of using harassment and violence to force indigenous people out.

Thailand is among the deadliest places in Asia for environmental and rights defenders – the United Nations has logged over 80 cases of enforced disappearances in the country since 1980. 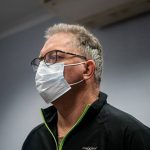 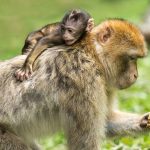