Douala – Zimbabwe are already eliminated from this year’s Africa Cup of Nations even before their final group game against Guinea on Tuesday but the Warriors are hoping to sign off with an overdue victory at the tournament.

They also went out at the group stage in their last two appearances at the finals, in 2017 and in 2019, both times without registering a victory.

Indeed the Warriors have not won any of their last eight matches at the finals since a Benjani Mwaruwari strike saw them defeat Ghana in Egypt in 2006, although even that was just a consolation victory and they have yet to reach the knockout phase.

“We are disappointed massively to be out of the tournament after two games,” said defender Jordan Zemura of Bournemouth, who are currently competing for promotion to the English Premier League from the second-tier Championship.

Zimbabwe only lost to Africa’s top-ranked team Senegal in their first Group B match to a Sadio Mane penalty in the seventh minute of injury time.

They then went in front in their second match against Malawi only to be pegged back and lose 2-1.

“In the first game we worked very hard and deserved something from it, but football doesn’t always work like that, and then in the second game it came down to being clinical, and unfortunately we weren’t,” added Zemura ahead of the meeting with Guinea in Yaounde.

“To come away with a victory in the last game is the least we deserve.”

The 22-year-old Zemura did not play against Senegal after arriving in Cameroon later than planned due to the Covid-19 situation at his club, and he then appeared off the bench against Malawi.

Born in London to Zimbabwean parents, the promising full-back made his Warriors debut in November 2020.

However, his hopes of establishing himself at international level have been hampered since then by the ongoing pandemic, while Zimbabwe also changed coach in September, with Norman Mapeza now at the helm.

“The squad have been brilliant with me and very welcoming. We all have the same goal, and it’s special to share that same pride playing for your nation,” said Zemura, who was a promising athlete before focusing on football and studied sports science at Canterbury University in England. 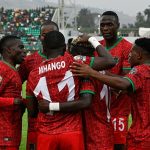 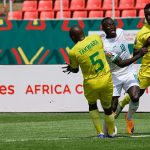 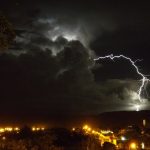 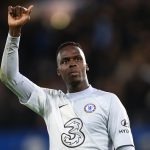