Cape Town – A video in which television presenter Minnie Dlamini’s former husband Quinton Jones is seen partying with friends at a club has surfaced on social media.

Reports indicate he was at Orthodox Lounge in Sandton, Johannesburg.

The video, which has since gone viral, has received various reactions, with some tweeps claiming he doesn’t look happy.

It is apparently the first time Jones is seen in public since the pair announced their divorce in a joint statement earlier this year.

It also comes shortly after Minnie and her estranged husband responded to allegations that “cheating” led to their divorce.

Now I know why Minnie Cheated. The guy has no swag bakithi. I would’ve cheated too if I was uMinnie.

The pair, however, rubbished the claims in a joint statement calling them “false” “and baseless”.

My colleague once fainted while she smiling…. Umjolo is not nice 😭 pic.twitter.com/dA7jce21kU

I know a broken hearted man when i see one https://t.co/8UHWMitH08

They are forcing my dude . https://t.co/11myBKmc8n

I am happy for him . Let’s also keep the same energy when Minnie finds a new flame for herself 👌🏾🔥🔥🔥

Another IT girl securing the bag after the previous one got retrenched. pic.twitter.com/VVSd8JVPgq 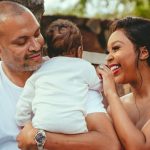 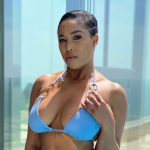 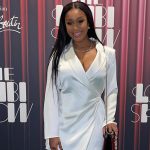 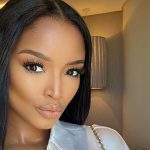