Maputo – The IMF on Monday said it was satisfied with fiscal progress Mozambique, ranked among the world’s poorest countries, has made and paved the way for $63.8 million in funds under a mega aid scheme.

This is the second instalment of a $456 million dollar credit line the International Monetary Fund granted to Mozambique in May.

It will have to be approved by the IMF board in December.

“Mozambique’s economic recovery continues, with growth in the first half of 2022 above expectations,” the head of the IMF team to the talks Alvaro Piris, said in a statement.

Real annual GDP growth of 4.6 percent posted in the second quarter of this year was “the highest since the third quarter of 2018,” he added.

He commended the central bank for responding “proactively” by hiking interest rates to 15.25% in March, well before inflation surged to a five-year high of 12.1% in August.

“All quantitative and structural benchmarks set for the first review have been met and good progress was made on the broader structural agenda,” said Piris.

The $456-million-dollar loan was the first IMF aid for Mozambique since a debt scandal erupted six years ago.

To be disbursed over a period of between three and five years, the loan marked Mozambique’s return to good grace after the “hidden debt” scandal, when the government took out $2 billion in illicit loans in 2013 and 2014 to buy a tuna-fishing fleet and surveillance vessels.

Maputo hid the loans from parliament but the debt came to light in 2016, prompting donors, including the IMF, to turn off financial support.

An independent audit later found $500 million was diverted and remains unaccounted for.

Prosecutors have charged 19 high-profile people over the scandal, forcing a former president and other top officials to testify in a case that has gripped the nation. 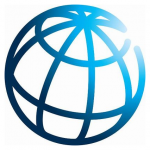 World Bank signs off $300m grant to Mozambique after scandal