In the song, entitled ‘My Stepdad Is A Devil‘, Lwandle, whose stage name is “Ocean L”, presents damning claims, accusing Max of abusing Sophie and leaving them in a financially unstable situation.

“You all deserve to know the truth about this man. My stepfather is a devil, he takes, and he breaks. He hurts and he fakes, everything that he makes.”

Lwandle, who turned 21 last year, goes deeper into the song, without mincing words, as he reveals that Max cheated on his mother with his best friend who’s young enough to be his (Max’s) daughter.

He also implies that Max was physically abuse towards Sophie.

“You left your wife alone bruised up in the body. I won’t forget the day that you hit her because you cheated. You cheated with my best friend who is old enough to be your daughter. You R. Kelly wanna-be.”

He goes on to blame Max for his mother’s depression.

“I always thought that you were the one to protect us, instead you always pulled up and stressed us. You are the reason mama fell into depression, you used her for her fame and her money. Let me tell you, Sophie makes more money in a week than your baby mamas put together.

“You got it all and left us with nothing. We had to start from scratch. I can’t believe my mama is in this position.”

Lwandle concludes his song by expressing his dissatisfaction with men’s gender-based violence.

“I’m tired of seeing women suffer because of a man’s doings, that is why I will speak up. It’s not right. The new king of the men are trash era goes to Max Lichaba. The guy with the fat belly.”

Max, on the other hand, has, according to Times Live, dismissed the damning allegations, saying that he is not a “monster”.

He said Lwandle’s claims had disappointed him, especially after he “invested” into his dream of becoming an artist.

“I have never beaten anyone ever in my life and I’m not about to start now,” the report quoted Max as saying.

He, however, admitted to the cheating allegations.

“My marriage for a very long time, there was no marriage. I’m not a monster, I’ve never been a monster. Yes maybe, as women go through certain men to find the perfect man,  I’ve been doing that. I’ve been going through two or three people to find ‘Miss Right’ and that doesn’t make me a monster,” said Max.

Sophie, best known for her role as Queen Moroka on Generations, married Max in a traditional wedding in 2018, according to Drum.

The two met through Lechaba’s brothers.

Max had to propose three to four times before Sophie could say yes.

Last year, it was revealed that they had separated and were headed for a divorce. 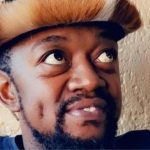 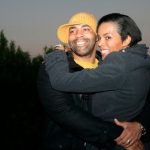