Thuli’s love life status has been of interest to many, as she has never made her relationships public.

Last week, she was rumoured to be dating South African singer, Master KG.

“Is it a bad thing for always falling for people older than you as a guy?,” Master KG tweeted.

Twitter users jumped to the conclusion that the two were a couple.

Thuli, who is known not to sit back and take it when it comes to rumours relating to her dating life, quickly poured water on the claims.

“Apparently, I’m dating Master KG because I commented on his tweet! Guys, please respect me!,” she wrote.

She maintained, however, that she and Master KG were just friends.

I love @MasterKGsa but we’re friends, stop it! Stop it lona! 😩😂

Her response triggered reaction from tweeps.

“Respect me”? What are you saying about Master KG sisi?

Make it clear so that we come for you knowing. pic.twitter.com/kR151R4f8X

It sounds like she’s undermining him.
Infact she is

Lol you the one who must respect Master KG here not the other way around, what must we respect you for ? Did you make any hit song that made Italians to dance ? Thoba ntombi usacathuza wena futhi kade waqala fanele ngabe sikukhona okucacayo ngempilo yakho kodwa ke asikho lapho.

You are low key saying he is not on ur level! That “please respect me” 🚩🚩🚩🚩🚩🚩 Ave nizenza ngcono kodwa Thuli pic.twitter.com/BfpPOoM7T4

Thuli, however, later explained that when she said “please respect me” she meant “stop spreading baseless rumours”.

I mean ‘respect me’ as in stop spending baseless rumours! Hayibo nina, angisadlali! 😂

Phongolo is not new to the scene of dating rumors. According to Times Live, the actress has had to shut down dating rumors after Twitter sleuths came to their conclusions about her moves before.

Just recently, she had to stop rumours that she was dating former president Jacob Zuma’s son, Duduzane Zuma. 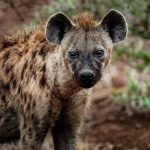 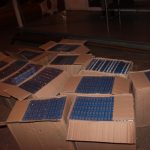