The rumours came after SA’s controversial podcaster Macgyver Mukwevho, better known as MacG, hinted on his latest episode of Podcast And Chill, that DJ Black Coffee and Enhle were back together.

“I mean look what happened to Enhle and Black Coffee. She came out talking about GBV, he is not paying electricity, now they back together,” said MacG.

Catching wind of what MacG had said, Mbali took to her Instagram account to clear the air and denied the rumours.

This comes after a series of rumors alleging that she and Black Coffee were back together. pic.twitter.com/FtCbUJd4r7

According to IOL, Mbali filed for divorce in 2019.

However, the divorce has not been finalised yet.

Earlier this year, she also accused Black Coffe of assault and attempted to apply for a protection order, which the Randburg Magistrate’s Court denied.

On the other hand, Black Coffee has denied all allegations levelled against him by Mbali. 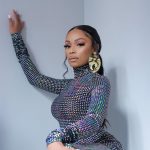