Hamilton’s crew issued a support video in which celebrities from around the world, including Justin Bieber, Queen Latifah, Samuel Jackson, and others, cheered on the seven-time F1 winner.

Ahead of the @F1 finale, a few friends wanted to share a message with you @LewisHamilton! 👏👏 pic.twitter.com/v0N8aGzjlq

Mzansi took advantage of the occasion and congratulated one of their own.

They applauded the DJ on reaching the “A-list” of celebs, raising Mzansi’s flag.

Lo Grootman is an A-List celebrity 🤲🏾🔥🔥 hayi I bow. Always have. But every-time I see videos like this, it sets in that he really is that big. Ngathi ayo bra yala eSkomu.

Lewis for the win btw https://t.co/5ezdO8GWMa

You’re the Only Celebrity in SA grootman, others are just upcoming artist. https://t.co/3BzSaOG4iy 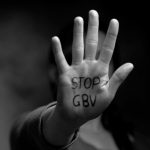