Washington – The United States will impose “severe economic harm” on Russia and boost its military presence in Eastern Europe should Moscow invade Ukraine, the White House warned Monday, laying out the high stakes on the eve of talks between Joe Biden and Vladimir Putin.

Ahead of his virtual meeting with Putin, Biden also spoke with the leaders of France, Germany, Italy and Britain on Monday, after which the western powers expressed their “determination” that Ukraine’s sovereignty be respected.

The US president will also quickly inform his Ukrainian counterpart Volodymyr Zelensky of the details of his discussion with Putin, taking place by videoconference Tuesday, as tens of thousands of Russian troops were positioned near the Ukraine border, a senior US official told reporters.

The official said the White House does not know if Putin has made a decision to launch his military forces against Ukraine — and stopped short of threatening direct intervention of American military force should he do so.

But Biden will make clear that there “will be genuine and meaningful and enduring costs to choosing to go forward should (Russia) choose to go forward with a military escalation,” the official said, on grounds of anonymity.

The United States and European allies are prepared to take “substantial economic countermeasures… that would impose significant and severe economic harm on the Russian economy” if Russia attacks, the official said.

In addition, Biden will make clear that if Putin “moved in, there would be an increasing request from eastern flank allies and a positive response from the United States for additional forces and capabilities and exercises,” they said.

The White House said in a statement after Biden’s talks with European leaders that the group “called on Russia to de-escalate tensions and agreed that diplomacy… is the only way forward to resolve the conflict in Donbas.”

Underscoring the close coordination between Washington and Kiev, the US official said Secretary of State Antony Blinken would also talk to Zelensky before the meeting with Putin.

Ukraine has estimated that Russia has around 100,000 troops near its border.

Moscow denies any bellicose intentions and accuses the West of provocation, particularly with military exercises in the Black Sea, which it sees as part of its sphere of influence.

And Putin wants a promise from the West that Ukraine would not become a part of NATO, the transatlantic alliance created to confront the former Soviet Union.

Asked if the United States was prepared to send troops into Ukraine if Russia attacks, the official said Washington is “not seeking to end up in a circumstance in which the focus of our countermeasures is the direct use of American military force.”

Such talk, the official added, “would be precipitous conflict saber-rattling, and we’d prefer to keep those communications with the Russians private.”

The Pentagon made clear it was taking the Russian troop buildup as a serious threat.

Defense Secretary Lloyd Austin “did chair a meeting this morning with key departmental leaders, including the Chairman of the joint chiefs of staff and General (Tod) Wolters out at EUCom (the US European Command) to discuss the situation in Ukraine and of course, in western Russia,” Pentagon spokesman John Kirby said Monday.

“He is staying very keenly and closely informed by senior military and policy leaders here at the department about what we continue to see,” Kirby said.

The Kremlin said earlier Monday that Moscow is not expecting “breakthroughs” from the call.

“Although our bilateral relations are still in a very sad state, there is still a revival; dialogue is beginning in some areas,” Kremlin spokesman Dmitry Peskov said.

State Department spokesman Ned Price said that the United States still believes that the Minsk agreements between Russia and the West on implementing a ceasefire in Ukraine’s war with pro-Russia separatists were possible.

“We believe there is an opportunity, a window before us to resolve this diplomatically,” Price said.

But if Russia does not show interest in that, he said, the United States is prepared to apply “high-impact economic measures that we’ve refrained from using in the past.” 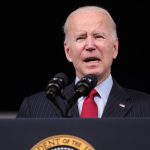 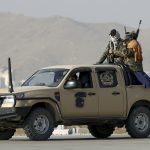 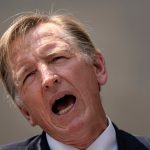