Tokyo – The mother of the man accused of murdering Japan’s former prime minister Shinzo Abe over a grudge against an organisation that belongs to the Unification Church, the group said on Monday.

Police investigating Tetsuya Yamagami on suspicion of murder has said he targeted Abe because he believed he was linked to a particular group, without naming the organisation.

Local media described the group as religious and said Yamagami resented it over large donations his mother made to the organisation that left the family in financial trouble.

On Monday, the Unification Church’s Japan branch confirmed that Yamagami’s mother, who has not been named, is a member, but said it had no information on any financial contributions.

“The mother of the suspect Yamagami belongs to our church and she has been attending our events about once a month,” Tomihiro Tanaka, president of the church in Japan, told reporters at a hastily organised press conference in Tokyo.

He said any donations she made were being investigated by police and he could not comment further, pledging to cooperate with investigators.

“There are people who donate large sums of money. We are grateful to them because they wouldn’t give such donations without being willing,” Tanaka said, denying there are donation “quotas” for individuals.

Officially called the Family Federation for World Peace and Unification, the church was founded in Korea in the 1950s by Sun Myung Moon, a divisive figure who died in 2012.

It is believed to have hundreds of thousands of followers worldwide, especially in Japan and the United States, and its teachings are based on the Bible but with new interpretations.

Yamagami’s mother joined the church around 1998 and the organisation learned she had declared bankruptcy around 2002, Tanaka said.

“We don’t know the circumstances that led this family to bankruptcy.”

Tanaka said the church was horrified by Abe’s murder, calling it “heartrending”, and noted that the former prime minister was not a member though he had spoken at events organised by affiliated groups.

“Abe expressed his support for the world peace movement led by our leader… but he has never been a registered member or advisor of the religious group.”

Investigators have told local media that Yamagami originally wanted to kill the leader of the group he resented, but decided to target Abe instead in the belief he was linked to the organisation.

A wake for the former prime minister is being held on Monday ahead of his funeral on Tuesday. 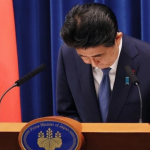 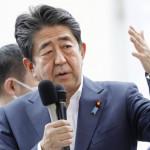 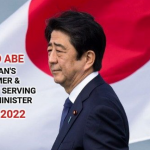 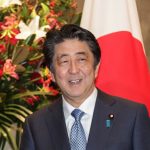 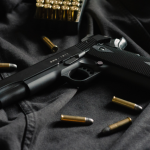 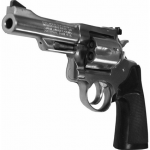