Miriam was left stranded and penniless overseas when her abusive British husband decided to return to the UK with their three children several years ago.

Now living in Britain, she describes a fierce legal battle she faced for the right to live in the same country as her children, who are British citizens.

The father removed the children in defiance of an international treaty against child abduction but took them to a third country which had not signed the agreement, thereby making it possible to then take them to Britain without being accused of kidnapping.

But Miriam, who did not want to use her real name, now lives a “life in limbo”, subject to her ex-husband’s whims because Britain will not grant her indefinite leave to remain, which gives an individual the right to live, work and study in Britain.

She is one of many migrant women who rights groups say will continue to be denied support by the British government.

AFP has withheld details about her to ensure her safety.

After a 10-year wait, Britain will this month finally ratify the Istanbul Convention an international treaty protecting women’s rights but only partially.

The government says it will not accept rules to help migrant women access help to flee their abusers, which critics say will put them in even more danger.

With only partial ratification, Britain sends a “really dangerous” message, she said.

“You are sending the message to perpetrators that there will not be consequences if you abuse migrant women,” she said since many will not come forward out of fear.

While women’s groups say it is difficult to say how many migrant women are victims of domestic violence, they say the majority stay in abusive relationships over concerns they will be forced to leave a country where they have made a home.

The Council of Europe’s Istanbul Convention, adopted in 2011, is the world’s first binding instrument to prevent and combat violence against women.

Britain has said it will not implement Article 59, which requires countries to give residency to survivors whose immigration status depends on a spouse or partner.

A parliamentary committee in the upper chamber House of Lords recently urged the government to ratify the treaty with the article.

Any implementation of the article would mean women like Miriam, who has a 10-year visa for as long as her children are in Britain, could live without fear over their status.

Miriam’s struggles are far from over.

She remains in Britain but is constantly in fear she might be kicked out if the father of her children moves the kids overseas.

“Where do I go? What are the options for women like me? There aren’t many options,” she said.

She accuses her ex-husband of using her uncertain visa status “as a tool” to control her.

He could take the children abroad, and then return to Britain a few months later. If that happened, she would have to apply all over again for the right to live in the same country.

Currently, both parents have decision-making powers over the children although this could change if the father’s legal challenge to take them out of Britain is successful.

Since migrant women do not have the right to state support, Miriam said it took nearly a year before she had access to financial assistance.

“Imagine how bad the situation is for someone more afraid of the police than the perpetrator,” she told AFP.

The government says Article 59 will not be implemented while a pilot scheme to help migrant women, led by women’s organisation Southall Black Sisters, is underway.

The project focuses on the impact of providing housing and financial support to migrant women “but it’s not looking at the impact of residency”, Hannana Siddiqui, head of policy and research at the group said.

“We would say you need both: you need access to benefits and residency,” she added, accusing the government of using the scheme as an “excuse” to avoid Article 59.

Some women’s rights groups believe the move to deny migrant women support is an extension of the British government’s “anti-migrant” policy.

The government recently signed a controversial deal with Rwanda that involves Britain deporting asylum seekers to the east African country.

The first flight did not leave because of a last-minute European Court of Human Rights injunction but the government insists it will try again.

The Home Office told AFP that “anyone who has suffered domestic abuse must be treated as a victim first and foremost, regardless of immigration status.”

A spokesperson said the convention will still be ratified while a “Support for Migrant Victims” pilot scheme is evaluated.

The government’s position on Article 59 was “under review” and could change. 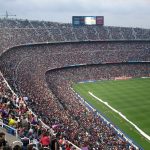