Bangladesh – The International Monetary Fund said on Wednesday it had reached a preliminary agreement with Bangladesh to provide a support package worth $4.5 billion.

Bangladesh in common with other Asian economies has been hit hard by the sharp rise in global food and energy prices in the wake of Russia’s invasion of Ukraine.

An IMF delegation and Dhaka representatives “reached a staff-level agreement to support Bangladesh’s economic policies” with a total of $4.5 billion under various facilities, the institution said in a statement, adding the deal was subject to IMF management approval.

The package is “aimed at restoring macroeconomic stability and preventing disruptive adjustments to protect the vulnerable, while promoting structural change to support strong inclusive and green growth,” it said.

It would also “expand the fiscal space to finance climate priorities identified in the authorities’ plans, including by catalyzing other financing, and reducing external pressures from import-intensive climate investment,” the IMF added.

The South Asian nation of around 170 million people approached the IMF earlier this year for support.

A depreciating currency and dwindling foreign exchange reserves left Bangladesh unable to import sufficient fossil fuels, prices of which have soared because of the Ukraine war.

This has forced Prime Minister Sheikh Hasina’s government to close diesel plants, leave some gas-fired power stations idle and impose lengthy power cuts of up to 13 hours a day to conserve existing stocks.

The blackouts have sparked widespread public anger and helped mobilise large demonstrations on the streets of Dhaka.

At least three people were killed in one demonstration and around 100 others injured in another in a police crackdown.

Tens of thousands of mosques around the Muslim-majority country have even been asked to curtail the use of air conditioners to ease pressure on the electricity grid.

Consumer inflation has hit household budgets hard and the government recently pledged to cap the price of several staple foods, including rice, to quell public discontent.

Bangladesh’s precarious financial position has been compounded by unprecedented floods in the northeast, inundating the homes of more than seven million people and causing nearly $10 billion in damage, according to government estimates.

The opposition Bangladesh Nationalist Party has blamed the government for the crisis, accusing it of squandering cash on multibillion-dollar vanity projects.

Elsewhere in the region, Sri Lanka has also sought a bailout from the IMF, its economic crisis exacerbated by the global rise in energy and food prices. 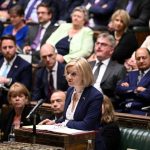 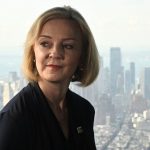 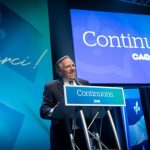