Sharm el Sheikh – The presidents of Colombia and Venezuela, Gustavo Petro and Nicolas Maduro, launched a call on Tuesday at the COP27 climate summit for a wide-ranging alliance to protect the Amazon, the planet’s biggest tropical forest.

“We are determined to revitalise the Amazon rainforest… (in order) to offer humanity a significant victory in the battle against climate change,” Petro said at the UN summit in the Egyptian resort of Sharm el-Sheikh.

“If we, in the South Americas, carry a responsibility, it is to stop the destruction of the Amazon and put in place a coordinated process of recovery,” Maduro said, speaking alongside Petro and the president of Suriname, Chan Santokhi.

Key to any such revival plan will be the newly elected Brazilian President Luiz Inacio Lula da Silva, widely known as Lula, who will take up his post on January 1 and is expected to attend COP27 next week.

The participation of Brazil in such a planned alliance will be “absolutely strategic”, Petro said.

Leftist Lula faces an immense challenge in putting a brake on Amazon deforestation, a phenomenon that rapidly proliferated under his right-wing predecessor Jair Bolsonaro.

Petro, architect of the proposed new alliance, has called for the US to collaborate, noting that it is “the country that pollutes the most” on the American continent, while the south of the landmass is “the sponge that absorbs the most carbon dioxide on the continent”.

He advocated “the opening of a fund” fed by “the contribution of private companies and world nations”.

Petro had announced the previous day that his country intends to set aside $200 million per year over the next two decades to protect the Amazon.

He urged solidarity from international organisations, at a time when the COP has put the issue of compensation for damage caused by global warming on its agenda, despite resistance from developed nations.

“One of the subjects which could bring consensus between us, Africa and part of Asia is (a mechanism for) forgiveness of (national) debt as a means of financing action” against climate change, Petro said.

The International Monetary Fund would have “a role to play” in working with developing countries on this issue, he added.

The “political message (is) very important”, but the question “is to know how these intentions will materialise,” said Harol Rincon Ipuchima, a representative of Indigenous people in Colombia.

Ipuchima, who is also the co-chair of the Indigenous caucus at the United Nations Framework Convention on Climate Change, took President Petro to task for not having spoken more with his community, whom he described as “the masters of the territory”.

According to Amazon Conservation, which tracks deforestation in the region, around 13 percent of the original biomass of the Amazon rainforest has already disappeared.

The Amazon basin, which stretches over 7.4 million square kilometres, covers nearly 40 percent of South America and takes in nine countries, with around 34 million – mostly Indigenous people – living across this area.

Petro, the first leftist president of Colombia, took office on August 7, with an ambitious environmental plan that targets converting his nation to clean energy and halting exploration for new oil deposits, among other measures.

He has however recognised that the presence of sub-soil hydrocarbon reserves in the Amazon region, beginning with Venezuela, could thwart this plan, but emphasised he is determined to eventually abandon fossil fuels.

Colombia’s Environment Minister Susana Muhamad Gonzalez has advocated a “diversification” of economies of countries that possess such resources, urging them to “leave the reserves in the soil”.

Ipuchima recalled that “entire territories of the Indigenous people of the Amazon have been destroyed.”

“Not only Venezuela, but Colombia too has many oil companies in these territories. Likewise Peru, Bolivia and Ecuador,” he added.

President Petro hopes to organise a meeting with the other regional countries in early 2023 to discuss his proposed alliance. 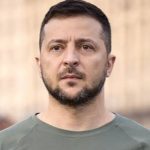 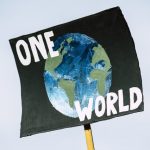 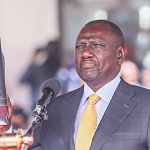