Hollywood – Will Smith’s open-handed slap of Chris Rock at the Oscars was a shocking moment for the ages, and one that will leave the 2022 ceremony burned in Hollywood’s collective memory.

It might be the most unforgettable, but it’s not the only incident that set tongues wagging.

Here are a few other remarkable moments from the last 94 years of Oscar history:

And the best picture goes to… oops

Up until Smith’s attack, the most memorable moment in recent Oscars history happened in 2017, when the Academy’s top prize was briefly handed to dreamy musical “La La Land,” when coming-of-age drama “Moonlight” was the actual winner.

It turns out accountants for PricewaterhouseCoopers, the firm responsible for tabulating and safeguarding Oscar votes and results, had handed presenters Warren Beatty and Faye Dunaway the wrong envelope.

They ended up with a duplicate of the best actress envelope a prize that went to Emma Stone for “La La Land” instead of the one that had “Moonlight” winning for best picture.

The embarrassing mix-up, the worst snafu in the history of the Academy Awards, came to be known as “Envelopegate”.

“It was a heartbreaking fiasco,” Entertainment Weekly critic Jeff Jensen wrote at the time.

“You felt embarrassed for Dunaway and Beatty, who clearly knew something was amiss when he opened the envelope but didn’t know how to proceed.”

But Brando did not attend, and Apache actress and activist Sacheen Littlefeather took the stage in his place.

When actor Roger Moore offered her the golden statuette, she held up her hand in refusal, and he and co-presenter Liv Ullmann stepped back as she began to speak.

Her statement was met with applause, cheers and a few boos.

There have been a handful of ties in Oscars history, but one that earned a lot of attention came in 1969, when Barbra Streisand and Katharine Hepburn both won the award for best actress.

Streisand earned the honor, her first Oscar, for her performance as Fanny Brice in “Funny Girl,” while Hepburn the all-time leader among actors and actresses with Oscar wins at four triumphed for “The Lion in Winter”.

Only Streisand attended the ceremony.

“Hello, gorgeous!” she said, looking at the golden statuette.

Of course, actors are thrilled when they join the hallowed pantheon of Oscar winners, but in 2003, Adrien Brody definitely took it a bit too far when he picked up the best actor statuette for “The Pianist”.

When he took the stage to accept his award from the previous year’s best actress winner Halle Berry, he stunned the audience and Berry when he swept her into a brief but passionate kiss on the lips.

“That was not planned. I knew nothing about it,” Berry said in a 2017 interview, explaining she was caught totally off guard.

But she confirmed she just “went with it”.

For his part, Brody said in 2015 that “time slowed down” for him in the moment, but that the stunt almost cost him his chance to make a speech.

“By the time I got finished kissing her they were already flashing the sign to say ‘Get off the stage, your time is up,” he said in an interview at the Toronto film festival.

Sixty years ago, Rita Moreno won the best supporting actress Oscar for her portrayal of the feisty Anita in the original film version of “West Side Story” and history repeated itself on Sunday when Ariana DeBose won for the same role.

“I can’t believe it! Good Lord. I leave you with that,” Moreno said in the briefest of speeches after accepting the golden statuette from Rock Hudson in 1962.

The Oscars win the first for a Latina was Moreno’s first step on the way to achieving rare EGOT status, as the winner of competitive Emmy, Grammy, Oscar and Tony awards. There are only 16 EGOT winners in history.

This time around, DeBose made history by being the first openly queer woman of color to capture an acting award, for her new take on Anita in Steven Spielberg’s reimagining of the classic musical.

“She was fabulous, she was divine,” Moreno said of DeBose in an interview with AFP. 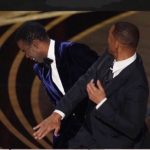 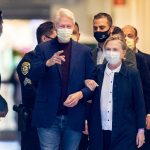 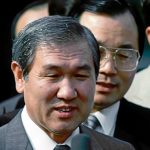