The warning comes as the province is still recovering from the April floods that killed nearly 400 people and left 41 ooo people displaced.

Reports say the disruptive rain may lead to further flooding in the province over the weekend.

Roads, bridges, low-lying areas and informal settlements may be hard hit by the floods.

Damage to property and infrastructure is also predicted.

⚠️Yellow level 2 and level 4 disruptive rain warning: for parts of KZN on Saturday (21 May 2022). Please do take note. pic.twitter.com/JJqFdz8ekR

“Disruption due to sinkholes, mudslides and soil erosion is possible. Major disruption of traffic flow due to roads being closed or flooded is possible,” SA Weather warned.

Premier Sihle Zikalala said the province has been advised that additional rain could lead to flooding as the ground is still vulnerable following the recent floods, reported eNCA.

“The provincial government has received a severe weather warning notice from the South African Weather Services. We are advised that if KZN receives an additional 20 millimetres of rain, there is a potential for flooding as the ground may still be saturated following the recent heavy rain,” Zikalala said, as per the broadcaster.

Meanwhile, mayor Mxolisi Kaunda has instructed disaster management personnel to be on standby, according to TimesLive’s report.

“Residents living in low-lying areas are requested to evacuate to safer areas as incidents of mudslides are expected. The public must take note the ground is still saturated following the heavy rains experienced in April,” TimesLive quoted Municipal spokesperson, Msawakhe Mayisela as saying. 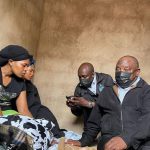 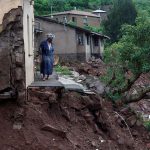 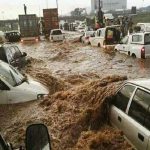 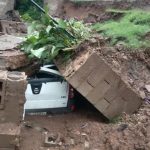