It added talks with China’s TikTok were still ongoing.

The country of around 35 million people has for over a year blocked access to the tech giants, citing their alleged violation of a local law that personal data of domestic users should be stored in Uzbekistan.

The state communications agency said in a statement published on social media that access to Twitter, WeChat and Vkontakte (now called VK) had been “fully resumed” as of Monday, adding that “blocking only harms development”.

The statement said the government would in the future release news on talks with TikTok, which has remained popular among young people in Uzbekistan despite the block.

Uzbekistan has been credited with opening up since the death of hard-line president Islam Karimov in 2016 and the ascent to power of his protege Shavkat Mirziyoyev, 65.

But critics argue that the authorities have moved to constrict newfound space for public discussion in the last few years, after they jailed a critical blogger and put pressure on independent media outlets. 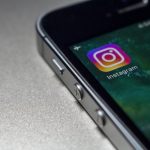 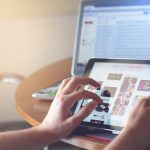